Zara Tareen gets vocal about what actually happened of Mushk 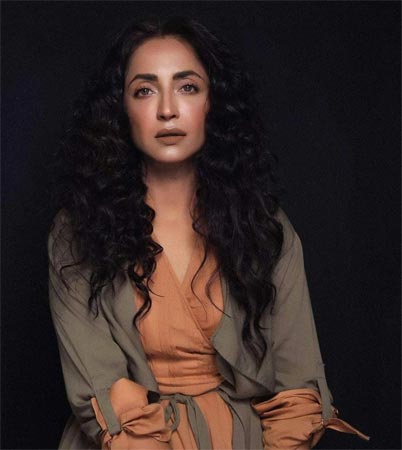 Celebrities are often seen as the epitome of glitz and glamour. We assume they live lives of luxury and don’t face any real problems but little do we know what actually goes on behind the scenes. In the most recent episode of Momina’s Mixed Plate, renowned actress and newlywed Zara Tareen laid out hidden truths of the media industry. When discussing the disappearance of her character at the very end of ‘Mushk’, Tareen got vocal about how the circumstances actually unfolded as opposed to the rumours which circulated about the actress. Both the superstar and Momina Sibtain took a deep dive into what happened on set during the rise of the Covid-19 Pandemic, the implications of a woman being too vocal on set and uncovered who is to blame for the whole ordeal.

As the interview began, Momina Sibtain asked Zara Tareen what actually happened on set. The starlet proceeded to explain that initially the onus was put on the rise of the pandemic and uncertainty in the air. “I was very vocal about my character and where that character was going but over here that is seen as quite problematic,” the actress stated, “It was a very important character and they were just trying to dumb it down, which I resisted so they came up with a reason to get rid of me. This happens a lot, it’s not just with me.” Tareen went on to explain that she had been contacting the production house several months after the initial shock of the COVID-19 pandemic but never got a call back despite her efforts to finish the series and was made to look like she’s throwing star tantrums.

Finally, Momina Sibtain raises the most pressing question; who’s to blame in the situation and whether it was the director, producer, TV channel, or the government who hasn’t even regulated the industry and despite there being a COVID mandate across the board the film and television industry was still working. “The blame is on us as actors because we work for peanuts, compared to the effort we put in and the work that we do, the compensation is poor at best. Even the big actors don’t get as much as they deserve, honestly. The audience also thinks we get paid like Hollywood and Bollywood actors like you get comments saying ‘you live in these big mansions etc. what do you have to complain about?’ Nobody knows where I live or how much I earn. We actors have become complacent, then there’s the producer then the TV channel. If the whole industry doesn’t stand together and ask to be regulated, we won’t have a proper industry. So when incidents like this happen, we don’t have any legal recourse and we have to fight our own battles and after that, damage like this happens,” stated Zara Tareen.

Furthermore, the two discussed how women in the media industry are always scrutinised for being too vocal. Tareen pointed out this disparity by giving the example of her own experience stating that although they have a reputation for getting into fits, she herself has not experienced a lot of that.