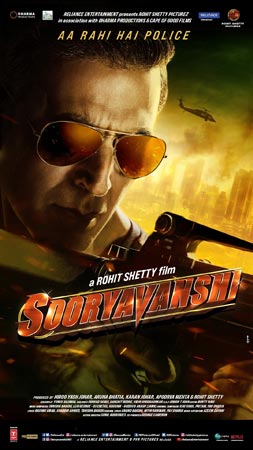 Akshay Kumar and Katrina Kaif’s cop-drama ‘Sooryavanshi’, which registered a bumper opening at the Box Office, continues to mint gold at the ticket counter despite being in its second week of release.

The film has now sailed past the Rs 150-crore mark at the domestic Box Office and is on its way to enter the Rs 200-crore club.

The film has already been declared a clear hit by the experts.

Noted film critic and trade expert Taran Adarsh shared a series of tweets on the film’s business at the Indian ticket counter along with its overseas collections.

‘Sooryavanshi’ was scheduled for theatrical release on April 30, 2021. In April 2021, the release date of film was postponed indefinitely due to the rise in COVID-19 cases and lockdown in Maharashtra. After several delays, Sooryavanshi was theatrically released worldwide on November 5, 2021 coinciding with Diwali.