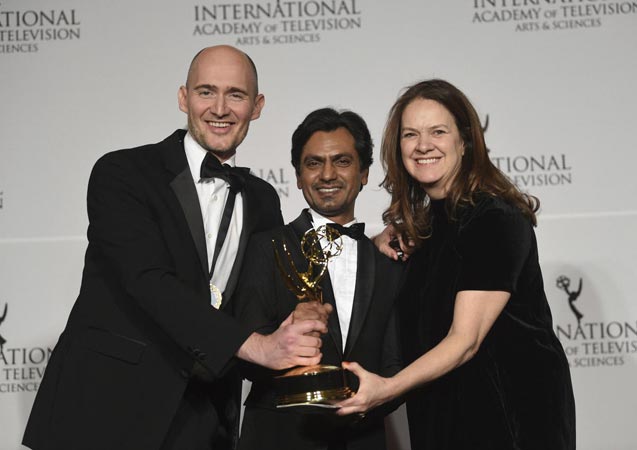 Bollywood actor Nawazuddin Siddiqui had a moment of pride as his British show ‘McMafia’ won Best Drama Series at the 47th International Emmy Awards and he accepted the award for the entire team on the stage.

The actor was also nominated with David Tenant and Roy Nik in the Best Performance as an Actor category.

Nawazuddin said, “For me getting recognised and nominated on such a huge level is something I had never dreamt of in my wildest dreams. David Tenant who is nominated with me in the same category makes me feel extremely special. I have watched Des, Hamlet and many other films. He is a performer to watch for and he portrays every scene and character to its perfection and getting nominated alongside such a talented man means a lot.”

The actor will be seen in the upcoming film ‘Jogira Sa Ra Ra’, ‘Heropanti 2’ and ‘Adbhut’.