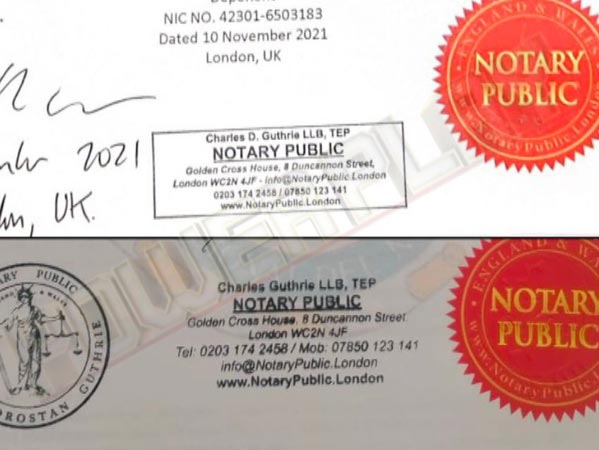 Former top judge of Gilgit-Baltistan, Rana Shamim has alleged in an affidavit that he witnessed ex-CJP Saqib Nasir relaying instructions to a high court judge to not release Nawaz Sharif and Maryam Nawaz in the corruption references against them. The affidavit has been notarised by Charles D. Guthrie, a London-based solicitor. Interestingly, Guthrie had also notarised the forensic report of the video in which the now-deceased judge Arshad Malik was secretly recorded as saying that he was blackmailed and put under pressure to convict Nawaz Sharif and that he regretted convicting him. Minister of State for Information and Broadcasting Farrukh Habib tweeted that Guthrie had also notarised the medical reports provided by Nawaz Sharif as the reason for extending his stay in the UK. According to the alleged affidavit, Shamim claims the ex-CJP had travelled to GB for vacations in 2018 and on one occasion appeared “very disturbed” while speaking to his registrar on the phone, asking him to get in touch with a high court judge. Shamim said that Nisar was finally able to get in touch with the judge and told him that Nawaz and Maryam must remain in jail until elections are over, after which “he became calm and happily demanded another cup of tea”.