Rasheed urges opposition to be patient as situation in country worsen 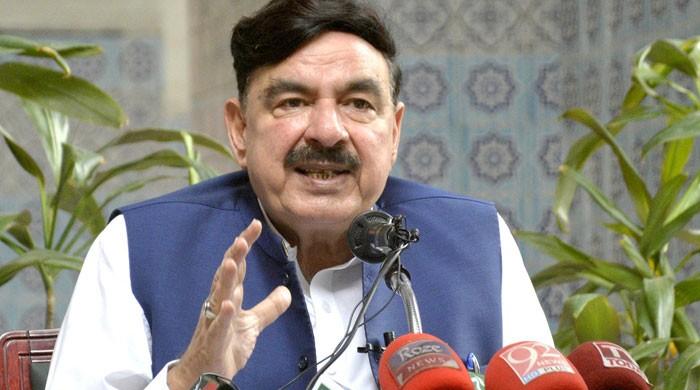 On Monday, Interior Minister Sheikh Rasheed has asked the opposition to have patience as some of the elements were eager to destabilize the country from within, Daily Times reported.

While talking to the media men after attending the Shuhada Package ceremony at Police Lines in Islamabad, he said, “We also need to keep in view the situation existing on our borders as well as in neighboring countries. Look, the Taliban government is facing a serious economic situation. People are on the brink of starvation in Afghanistan.”

The minister maintained that he was confident that the allies would remain supportive of the government. He also expressed the hope that the government-Tehreek-I-Labbaik Pakistan (TLP) talks would be fruitful.

He said that the state would not use force so long as Pakistan Democratic Movement (PDM) leaders did not violate the law during their planned march on Islamabad.

“Just like Prime Minister Imran Khan, I am also supportive of the electronic voting machines (EVMs). Because otherwise, the opposition would continue to complain of a foul play in elections,” he said.

Rasheed further said he was contacting the concerned authorities for a raise in the salaries of police officials as well as for their housing. He expressed hope that Islamabad police would soon develop into a cohesive unit and a model force.