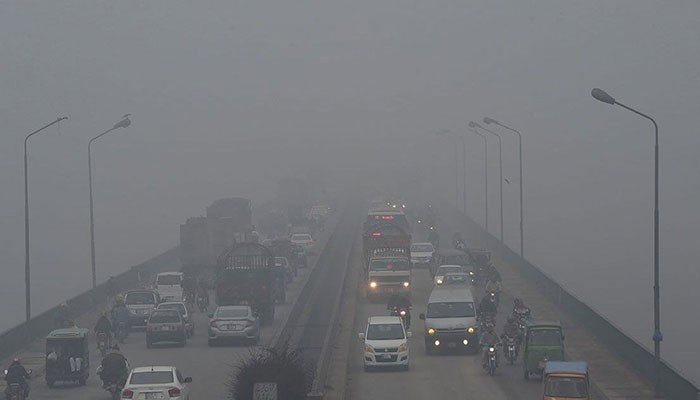 Lahore the capital of Punjab has been declared as the most polluted city globally after the city recorded its highest ever smog levels.

Lahore’s AQI was recorded at 419 points, Sahiwal at 384 while Faisalabad stood at 365 as smog and pollution gripped the densely populated areas and cities.

The areas in Lahore like Shadman, Jail Road, Wagah, Shahdara, Raiwind, Thokar, Township, Johar Town, and Mall Road are most polluted by smog.

Karachi remained on the list of the 10 most polluted cities of Pakistan in the world.

However, health experts asked citizens to avoid unnecessary travel and to schedule their visits as per the weather conditions. Experts also advised citizens to wear masks.

The weather department also said that no rains and strong winds are expected in the plain areas of the country.