Remittances stay above $2 billion for 17th month in a row 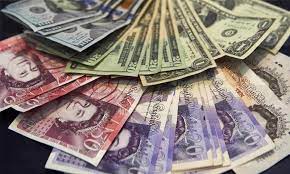 In line with the trend over the past many months, workers’ remittances stayed above $2 billion in October 2021, driven higher by the proactive policy measures taken by the government and the State Bank of Pakistan (SBP) to encourage expatriates to use formal money transfer channels.

According to data released by the Central Bank on Sunday, the remittances sent home by overseas Pakistanis rose 10% to $2.5 billion in October on a year-on-year basis.

The country saw robust growth in workers’ remittances in the wake of COVID-19, as restrictions related to international travelling to contain the disease encouraged overseas Pakistanis to send remittances through banking channels.

Previously, some non-resident Pakistanis used to send money through illegal channels of hundi-hawala operators, as they paid a comparatively better exchange rate in Pakistani rupee in the country.

On a month-on-month basis, the inflows were lower by 6% during the month under review compared to September 2021, the central bank reported.

Cumulatively, in the first four months (July-October) of the current fiscal year, remittances clocked in at $10.6 billion with an increase of 12% compared to $9.42 billion received in FY21.

“Proactive policy measures by the government and SBP to incentivise the use of formal channels has positively contributed towards the sustained improvement in remittance inflows since last year,” the SBP said.

It added that altruistic transfers to Pakistan amid the pandemic lent further support.

Country-wise data reveals that inflows from the United States of America (USA) increased by 30.8% to $231.8 million in October compared to the same month of last year. They improved 15.7% to $346.7 million from the United Kingdom (UK).

Moreover, remittances from other Gulf Cooperation Council (GCC) countries increased 10.3% to $285.6 million and a 46.7% increase was recorded in inflows from European countries, which clocked in at $291.1 million in the month under review compared to the same month last year.

This was the 17th successive month in which receipts remained above the threshold of $2 billion, SBP reported.

Moreover, October was the eighth time in the past 17 months when the inflows of remittances sent home by overseas Pakistanis remained around $2.5 billion.