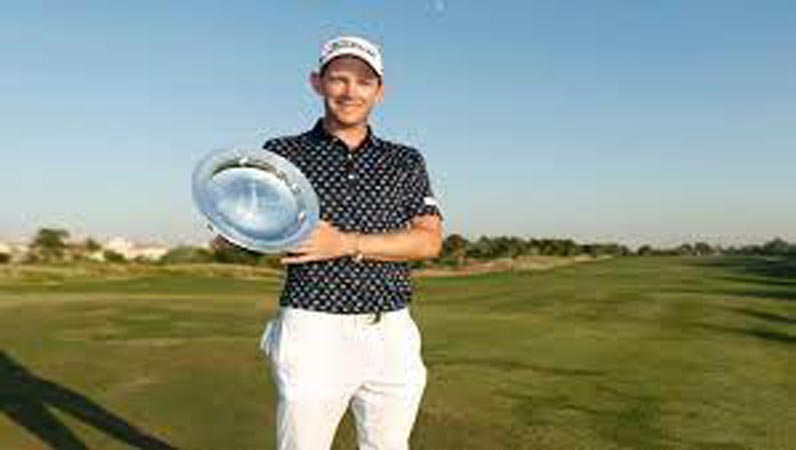 DUBAI: Denmark’s Joachim B. Hansen won the European Tour’s Dubai Championship on Sunday edging Bernd Wiesberger and Francesco Laporta by a single shot.It was a second European Tour title for the 31-year-old and it also qualified him for the season-ending World Tour Championship next weekend.”It’s very nice going into next week,” said Hansen.”I’ve played very nice in the last few weeks and have been really close to playing really good, which I did this week.”So I’m just going to take next week as a bonus week and try to enjoy it.”Hansen carded a four-under 68 on a sizzling last round at Jumeriah Golf Estates, where four birdies helped him end the week on 23 under par.He began the final round tied for the lead but nosed ahead with a 10-foot birdie at the par-four first hole.He also holed a putt from off the green on the par-five seventh and crept another stroke ahead on the seventh with a close-range finish.