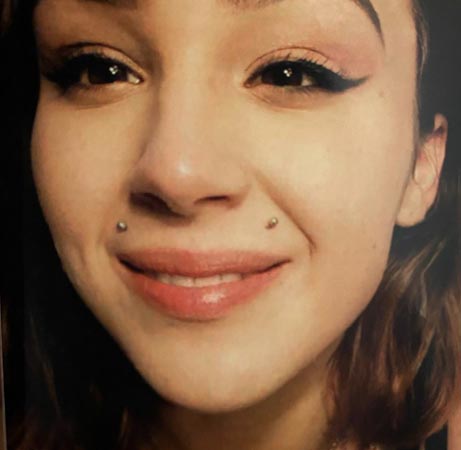 Chris Daughtry has released a statement about his daughter’s death. American Idol alum and rocker Chris Daughtry and wife Deanna Daughtry are mourning the sudden death of their eldest daughter, Hannah.

The 25-year-old was found at her home in Fentress County, Tenn. on Friday, Nov. 12, and was pronounced dead at the scene, the singer’s rep said in a statement to E! News on Saturday, Nov. 13, adding that local authorities are still investigating her death. Police and the coroner’s office had no immediate comment when reached by E! News. Following Hannah’s passing, her parents paid tribute to her on Instagram. Deanna wrote on her page, “My first born. I love you endlessly Hannah. Our family would like to thank you all for the outpouring of love as we grieve the loss of my daughter Hannah.” Deanna continued, “We are awaiting the autopsy results to determine how Hannah sustained the injuries that caused her death. Our hearts are broken.”

The statement continued, “The Daughtry family thanks you for your understanding and respectfully asks for privacy during this very difficult time. Further details will be made available at a later date. The investigation into this tragic death is still on going.”

Chris later shared on his own Instagram page a personal tribute of his own. “I am still processing the last 24 hours,” he wrote, alongside a photo of Hannah. “I am absolutely devastated and heartbroken. I just recently lost my mother to cancer but I was blessed with the chance to say goodbye and I was processing it privately. We never got to say goodbye to our precious Hannah and it’s another huge hit to our family.”

He continued, “Thank you all for your kind words and condolences. They are truly felt and appreciated. I am now taking time be present with my family as we attempt to heal from this devastating loss. Hannah, I love you. I miss you. I wish I could hold you. This hurts so deeply.” Hannah and her brother Griffin, 23, are Deanna’s children from a previous relationship. Chris, 41, and Deanna, 48, who married in 2000, are also parents to 10-year-old twins Adalynn Rose and Noah James. Hannah is also survived by her children, Liam, 7, and 20-month-old daughter Lily. In their statement, the family made no mention of the kids. Over the past few years, Deanna has shared on Instagram many pics of Liam at home with her and Chris’ twins. In March, Hannah wrote on her own feed, “I’m so blessed to have my mother, who has taught me so much & has been by my side through thick and thin. She has shown me what true love is and True love requires a lot of sacrifice…my mother is the reason for so many blessings in my life.. including my children having the best lives I could possibly give them. I am also grateful for the two beautiful souls, and very close family friends, who chose to take on my daughter as their own and who are taking the absolute best care of her.” Chris, who rose to fame as frontman of the rock band Daughtry after being a finalist on American Idol’s fifth season in 2006, has halted his group’s tour through Nov. 16.

“Due to the unexpected death of Chris and Deanna Daughtry’s daughter, Hannah, all currently scheduled shows for the coming week for Daughtry have been cancelled or postponed,” the couple said in a statement to E! News.

Scores of people, including music colleagues, expressed their condolences to the Daughtrys over their daughter’s death. “Love you brother,” fellow American Idol alum and Broadway performer Constantine Maroulis commented on Chris’ post. “All my deepest sympathies.”