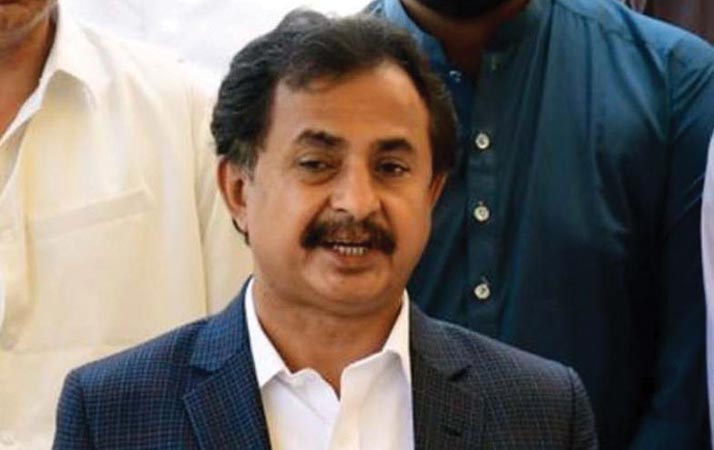 The Opposition Leader in Sindh Assembly and senior leader of Pakistan Tehreek-e-Insaf Haleem Adil Shaikh, alongwith PTI-MPA Dr.Imran Ali Shah, on Sunday visited the Gujjar nullah site, participated in the on-going protest by the affectees and demanded urgent steps by the City and Sindh Governments for their rehabilitation including financial compensation due to them.

He also visited the family of MstZakia Shahid to condole on her death. She died few days back in shock when her house was completely demolished in the name of removal of encroachments along Gujjar nullah.

On the arrival of the Oppostion Leader, the affected families burst into complaints and narrated their miseries including alleged loss 27 lives as a result of the anti-encroachment operation.

They told that six months after earlier operation, the remaining portion of late Zakia Bibi’s house, in which she was residing, was demolished by the civic agencies. And, this proved fatal to her as she died of heart attack.

Talking to media there, Haleem Adil Shaikh alleged that City Administrator Barrister MurtazaWahab , who belonged to Pakistan Peoples Party, maliciously issued orders once again for demolishing more residential units along Gujjar nullah to save other units of the party favorites. MsZakia Shahid also lost her life because of this brutal move.

He mentioned that overflowing of nullahs including Gujjar nullah during heavy rains did cause flood in many areas of the city creating serious problems.

The Supreme Court of Pakistan took notice of this situation and issued directives for cleansing of the nullahs including removal of encroachments.

The task of cleaning three main nullahs of the city was assigned to Federal Government and of 541 small nullahs to PPP Government in Sindh.

As per SCP’s directives, the Federal Government had to clean and construct these three main nullahs, whereas Sindh Government had to rehabilitate the dislodged families , which included construction 80sq yards 6500 residential units for them. Rs 13 billion were to be

spent on this project.

Federal Government also gave Rs 690 million to Sindh Government to distribute among the affectees as rent for two years till they were provided with alternative new residence. He said Sindh Government failed to full its responsibility and till date did nothing for the affected families ; even it did not give the rent amount to them received from the Federation.

He questioned that 200 acres of land was not available with Sindh Government for rehabilitation of these affectees, when it had allotted thousands of acres to the party workers.