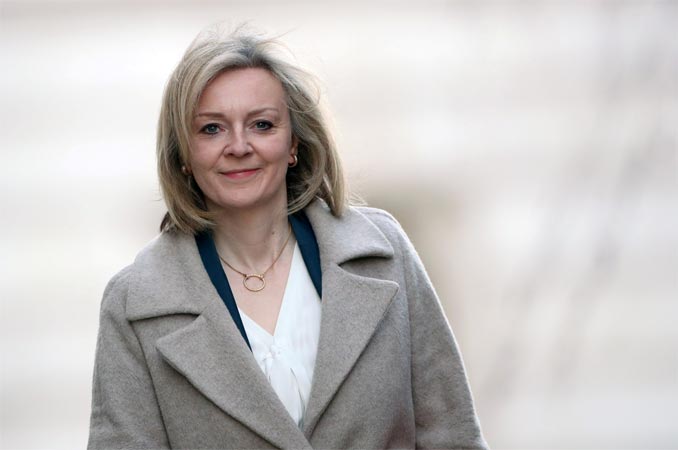 British Foreign Secretary Liz Truss on Sunday urged Russian President Vladimir Putin to intervene in the crisis that has left thousands of migrants trapped on the Belarus-Poland border.

“Russia has a clear responsibility here. It must press the Belarusian authorities to end the crisis and enter into dialogue,” Truss wrote in the Sunday Telegraph.

Putin on Saturday denied claims Moscow is helping to orchestrate the situation, blaming Western policies in the Middle East for creating the migrant crisis.

“I want everyone to know. We have nothing to do with it,” he told state television.

The migrants, mainly Kurds, have been stuck for days on the border in near-freezing temperatures, setting up a tent camp and burning wood to keep warm.

Belarus says there are about 2,000 people in the camp, including pregnant women and children. Poland says there are between 3,000 and 4,000 migrants on the border, with more arriving every day.

“He is using desperate migrants as pawns in his bid to create instability and cling on to power, regardless of the human cost,” she wrote.

“The United Kingdom will not look away. We will stand with our allies in the region, who are on the frontier of freedom.”

Britain on Thursday sent a team of around 10 soldiers to help Poland strengthen its border.