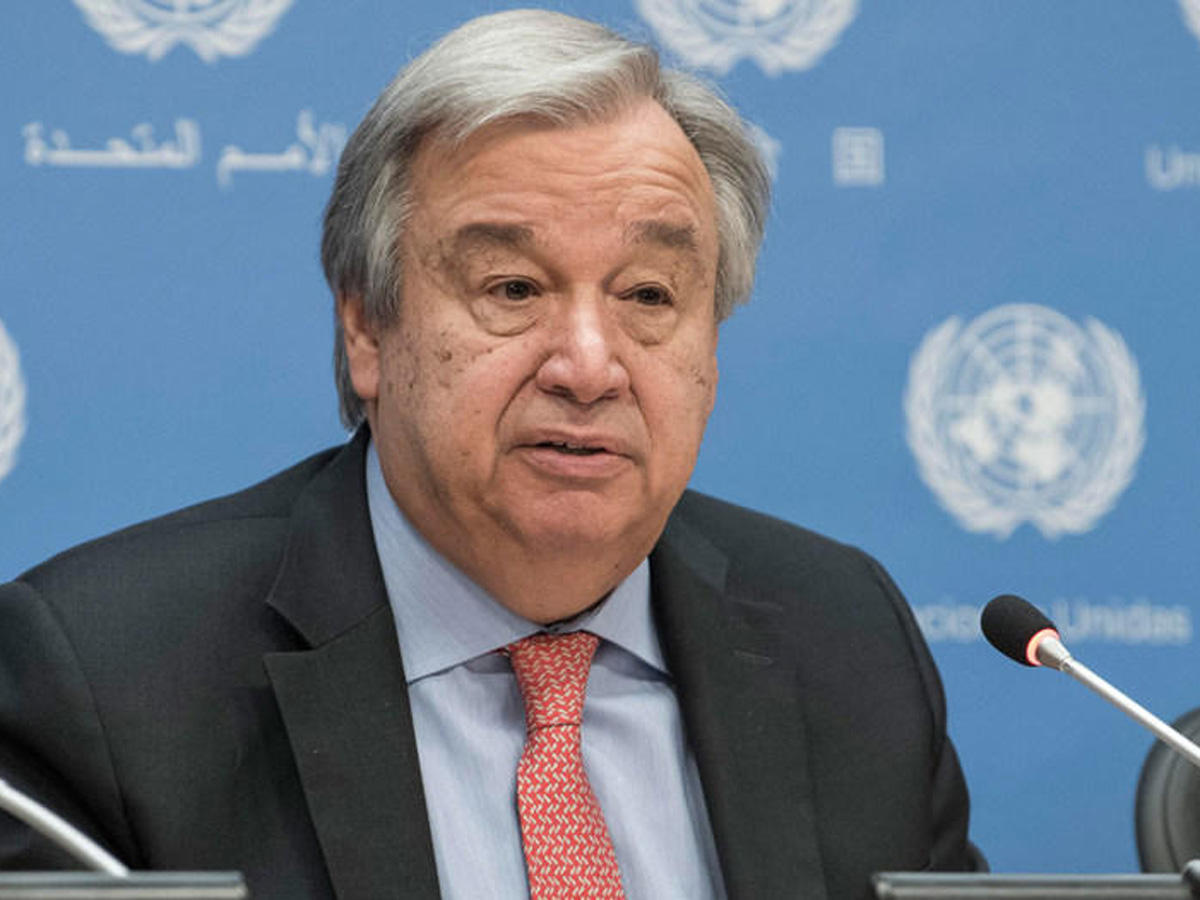 UNITED NATIONS: UN Secretary-General Antonio Guterres on Sunday described as a “compromise” the outcome of the COP26 climate conference in Glasgow, Scotland, and called for stepped-up action towards keeping global temperature rise within 1.5 degrees Celsius.

Reacting to the outcome document adopted by nearly 200 countries at the end of the two-week meeting, the UN chief also called upon member states to phase out the usage of coal and protect vulnerable communities from the impacts of climate change.

“Our fragile planet is hanging by a thread. We are still knocking on the door of climate catastrophe,” he said. “It is an important step but is not enough. We must accelerate climate action to keep alive the goal of limiting global temperature rise to 1.5 degrees.”

The UN chief added that it is time to go “into emergency mode”, ending fossil fuel subsidies, phasing out coal, putting a price on carbon, protecting vulnerable communities, and delivering the $100 billion climate finance commitment. “We did not achieve these goals at this conference. But we have some building blocks for progress,” he said. Guterres also had a message to young people, indigenous communities, women leaders, and all those leading the charge on climate action.

The outcome document, known as the Glasgow Climate Pact, calls on 197 countries to report their progress towards more climate ambition next year, at COP27, set to take place in Egypt. The outcome also firms up the global agreement to accelerate action on climate this decade.

However, COP26 President Alok Sharma struggled to hold back tears following the announcement of a last-minute change to the pact, by China and India, softening language circulated in an earlier draft about “the phase-out of unabated coal power and of inefficient subsidies for fossil fuels”. As adopted on Saturday, that language was revised to “phase down” coal use.

Sharma apologized for “the way the process has unfolded” and added that he understood some delegations would be “deeply disappointed” that the stronger language had not made it into the final agreement. By other terms of the wide-ranging set of decisions, resolutions, and statements that make up the outcome of COP26, governments were, among other things, asked to provide tighter deadlines for updating their plans to reduce emissions.

On the thorny question of financing from developed countries in support of climate action in developing countries, the text emphasizes the need to mobilize climate finance “from all sources to reach the level needed to achieve the goals of the Paris Agreement, including significantly increasing support for developing country Parties, beyond $100 billion per year”.

“Negotiations are never easy…this is the nature of consensus and multilateralism”, said Patricia Espinosa, the Executive Secretary of the United Nations Framework Convention on Climate Change (UNFCCC). She stressed that for every announcement made during the past two weeks, the expectation is that the implementation “plans and the fine print” will follow.

“Let us enjoy what we accomplished but also prepare for what is coming,” Ms. Espinosa said, after recognizing the advancements on adaptation, among others. Meanwhile, COP26 President Alok Sharma stated that delegations could say “with credibility” that they have kept 1.5 degrees within reach.

“But its pulse is weak”. And it will only survive if we keep our promises. If we translate commitments into rapid action. “If we deliver on the expectations set out in this Glasgow Climate Pact to increase ambition to 2030 and beyond.” And if we close the vast gap that remains, as we must, he told delegates.

He then quoted Prime Minister Mia Mottley, who earlier in the conference had said that for Barbados and other small island states, “two degrees is a death sentence.” With that in mind, Sharma asked delegates to continue their efforts to get finance flowing and boost adaptation. He concluded by saying that history has been made in Glasgow.

“We must now ensure that the next chapter charts the success of the commitments we have solemnly made together in the Glasgow Climate Pact, he declared.  Earlier during the conference’s final stocktaking plenary, many countries lamented that the package of agreed decisions was not enough. Some called it “disappointing”, but overall, said they recognized it was balanced for what could be agreed at this moment in time and given their differences.

Countries like Nigeria, Palau, the Philippines, Chile and Turkey all said that although there were imperfections, they broadly supported the text. “It is (an) incremental step forward but not in line with the progress needed. It will be too late for the Maldives. This deal does not bring hope to our hearts,” said the Maldives’ top negotiator in a bittersweet speech.

US climate envoy John Kerry said the text “is a powerful statement” and assured delegates that his country will engage constructively in a dialogue on “loss and damage” and adaptation, two of the issues that proved most difficult for the negotiators to agree upon.

“The text represents the ‘least worst’ outcome,” concluded the top negotiator from New Zealand. Beyond the political negotiations and the Leaders’ Summit, COP26 brought together about 50,000 participants online and in-person to share innovative ideas, solutions, attend cultural events and build partnerships and coalitions.

The conference heard many encouraging announcements. One of the biggest was that leaders from over 120 countries, representing about 90 percent of the world’s forests, pledged to halt and reverse deforestation by 2030, the date by which the Sustainable Development Goals (SDGs) to curb poverty and secure the planet’s future are supposed to have been achieved.