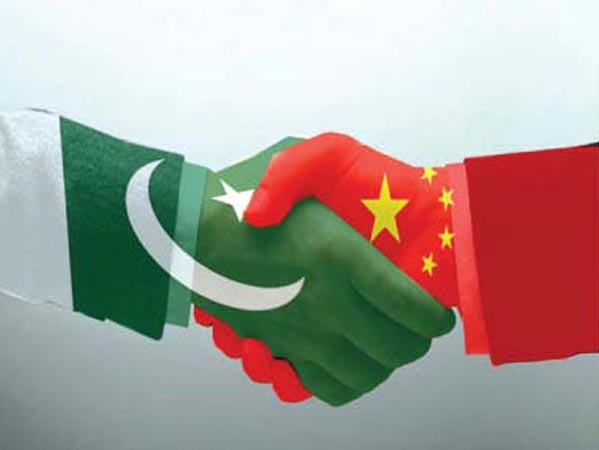 Addressing on the occasion, Pakistan Ambassador to China, Moin ul Haque briefed the Chinese entrepreneurs and businessmen about attractive policies offered by the government and investment friendly environment for the foreign investors, especially the Chinese businessmen.

He invited the Chinese entrepreneurs to take advantage of these opportunities and invest in textiles, minerals, agricultural products, seafood, handicrafts and sports products.

Ambassador Haque also apprised them that Pakistan is the sixth largest country in the world in terms of population and located in an ideal geostrategic position.

“It has very strong upcoming middle class making it one of attractive investment destinations for foreign entrepreneurs,” he added.

He informed that Pakistan has also a large and competitive skilled labour force as well as improved and upgraded infrastructure including roads, highways, airports and communications network.

Ambassador Haque also mentioned about the government’s promotional and concessional tax incentives for different investors for establishment of businesses and factories in Pakistan.

Pakistan, he said is a very friendly country to China and its people and told the Chinese businessmen that they would find the warmth of the people of Pakistan.

“Our people will welcome you and embrace you not only for your personal visit, but for your business visits also,” he added.

He said that bilateral trade between Pakistan has increased significantly and Pakistan’s exports to China are likely to cross the historic mark of $3 billion.

He said that China is the largest contributors of foreign direct investment to Pakistan and Pakistan has taken many major steps to facilitate the Chinese investors.

Pakistan, he said, has appointed eight honorary investment counsellors from various provinces of China and set up Pakistan pavilion in five cities of China to promote trade between the two countries.

“Since, Pakistani industries have very strong footing, we see that the trade and investment between Pakistan and China is going to increase very fast,” he added.

He asked the participants to take part and contribute towards increase of bilateral trade and investment from China to Pakistan.

Chief Representative of National Bank of Pakistan, Shaikh Muhammad Shariq briefed the participants about the financial contribution to the construction of China-Pakistan Economic Corridor (CPEC).

He also informed that the NBP was established in Beijing, China in 1949 and since then it was playing a pivotal role of a bridge between the entrepreneurs of Pakistan and China.