Japan’s Uno back on top after NHK Trophy win 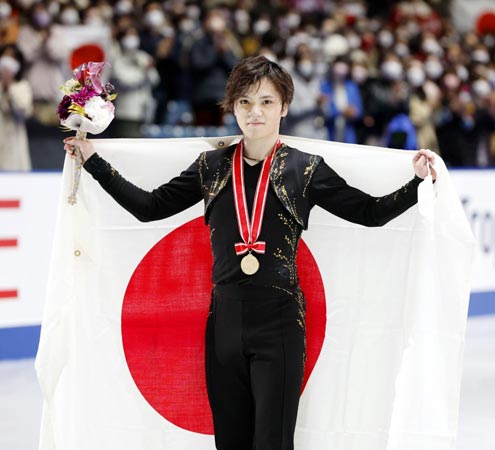 TOKYO: Japan’s Shoma Uno said he was “back fighting at the top” of figure skating after winning the NHK Trophy on Saturday — his first major title in almost three years. Uno, the silver medallist at the 2018 Pyeongchang Olympics, claimed a personal-best score of 290.15 in Tokyo, beating American Vincent Zhou into a distant second.Uno’s last major win came at the Four Continents in February 2019, and he thought of quitting skating during the barren spell that followed.But he said he had got his mojo back after qualifying for next month’s Grand Prix final with Saturday’s victory, which came in the absence of injured Olympic champion Yuzuru Hanyu.”I haven’t been able to stand on the podium for a few years, and finally I’m back fighting for a place at the top again,” said Uno.”I don’t want to be satisfied with this result. I want to keep aiming higher.”In the women’s competition, Japan’s Kaori Sakamoto cruised to victory on 223.34 points, well clear of second-place Mana Kawabe’s 205.44.Russia’s Anastasia Mishina and Aleksandr Galliamov won the pairs title with a score of 227.28 — the highest of the Grand Prix season so far.