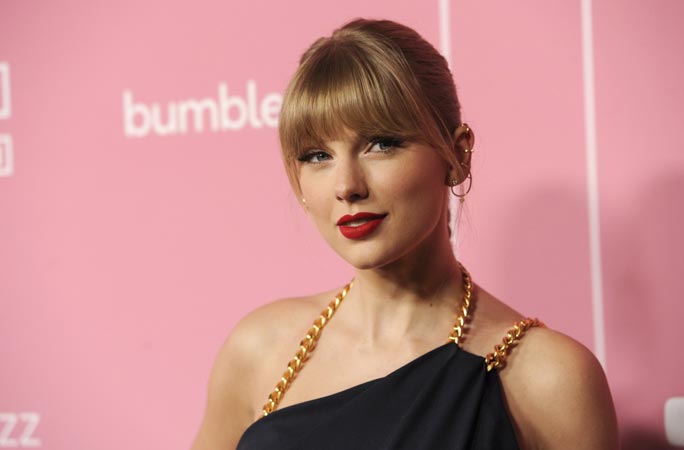 Taylor Swift delivered a magical comment that just might make a few people from her past feel a bit miserable. The 31-year-old pop star was a Late Night guest on Thursday, Nov. 11, where she and host Seth Meyers discussed her latest re-recorded album, Red, which dropped that night at midnight. During the chat, Taylor admitted she’s feeling much calmer about the new version than she was when she released the original Red in 2012. “It came out originally about a decade ago and I was 22, and that release week was so stressful because nobody has heard any of the music,” she recalled. “There are like 14 different genres on this album. It’s a real patchwork quilt of genre. I was really experimenting.”

Taylor explained that she was not only concerned back then about whether people would enjoy the album but was also feeling “really sad” due to some tough life experiences. This time around, however, is much different.

“But this time, I’ve got sunglasses on and a mojito, and it’s chill this time,” she joked. “It’s really nice to be able to put this album out and not be sad. Not be taking breaks in between interviews to cry. I’m telling you, it’s much better this way.” She continued, “You get some time passing. You’re reliving your experience from your 20s when you’re in your 30s-it’s really the way to do it.”

However, Seth was curious how anyone on the other side of the songs might be feeling about the emotional tunes resurfacing in the zeitgeist all these years later. “I wonder if there are people who might think that they were the one you were singing about, if it’s easier or far, far worse for them 10 years later,” he said.

Without missing a beat, Taylor, who is currently dating actor Joe Alwyn, responded, “I haven’t thought about their experience, to be honest.”

This clearly delighted the host, who laughed and came back with, “I think that’s the biggest burn. I think there’s nothing they’d rather hear less.”

Famously, fans have enjoyed speculating over the years about the possible real-life subjects of any number of Taylor’s songs, particularly the ones about heartbreak or fraught romantic situations. Red, in particular, is widely assumed to address her short-lived relationship with Jake Gyllenhaal, which ended in December 2011. Additionally, fans have offered theories about whether certain other songs are about such high-profile Taylor exes as Harry Styles, John Mayer or Calvin Harris.