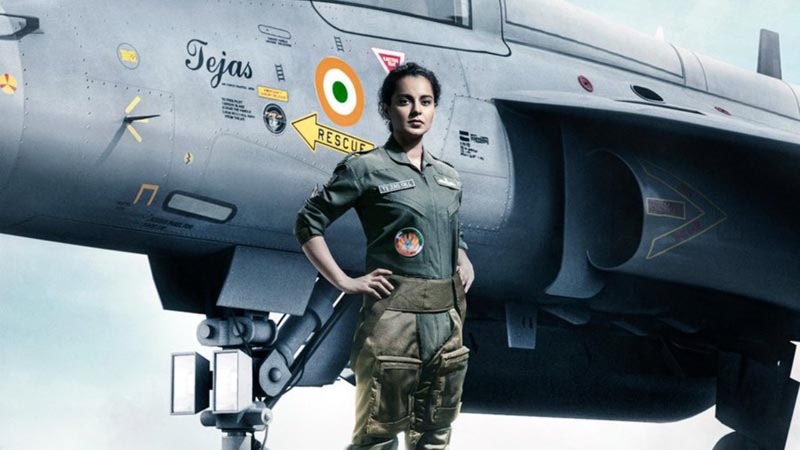 Actor Kangana Ranaut on Friday night made an appearance at the wrap party of her next Tejas, helmed by Sarvesh Mewara and produced under the banner of Ronnie Screwvala.

For the wrap-up party organised by RSVP Films at a restaurant in Bandra, Mumbai, Kangana wore a shimmering bronze ensemble with a thigh-high slit and flaunted her curly tresses.

Kangana’s sister, Rangoli Chandel was by her side at the party. The actor also shared a fun Boomerang video, where she is seen dancing with Rangoli and a friend.

Tejas, the film inspired by the first Indian Air Force female pilot, stars Kangana in the role of Tejas Gill. The film is written and directed by Sarvesh Mewara.

Kangana is in the eye of a storm after making a comment at a recent summit where she spoke about India gaining independence in 2014. Her comment on India’s independence came days after the actor was honoured with the Padma Shri. On the work front Kangana, who was last seen in Thalaivii, the biopic of former Tamil Nadu Chief Minister J Jayalalithaa, will soon be seen in Tejas, Dhaakad and Emergency.