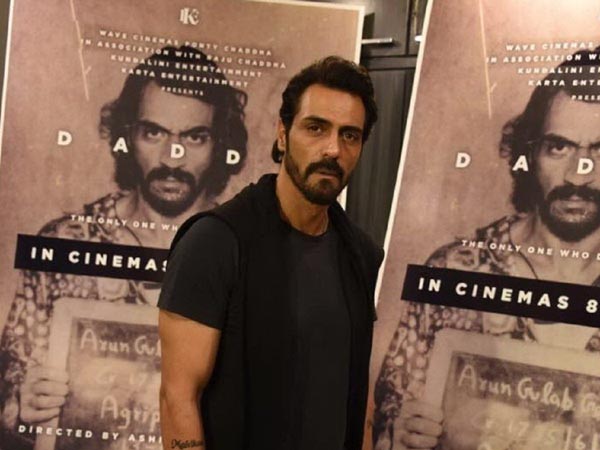 Netflix series Money Heist has a huge following in India so it was only a matter of time before the series got a desi spin here and who better than to direct the crime thriller than our very own experts – Abbas Mustan.

It has been reported that the popular filmmaking duo is all set to remake the show into a film and Arjun Rampal has been roped in to play the lead, Professor. The film is said to be titled Three Monkeys.

A source close to the filmmakers shared with Pinkvilla, “Arjun Rampal’s character is on the lines of Professor from Money Heist, whereas Mustafa along with two other actors will be playing the robbers. All the three robbers, alongside the Professor will have a unique dimension, with all working together for a hidden motive of personal gains.”

“Abbas Mustan have been a master at adapting international thrillers and in the same way, they have brought in their own flavour to the narrative of Three Monkeys,” shared the source.

It is being suggested that the Abbas Mustan film will be shot at multiple locations starting from Mumbai and will release in the second half of 2022. The film will be going on floors later this month. Three Monkeys will mark the return of the filmmaker duo to film direction five years after Machine, which marked the launch of Abbas’ son, Mustafa.

Abbas Mustan’s memorable directorial films include Khiladi, Baazigar, Soldier, Ajnabee, Aitraaz, Humraaz, Race 1 and 2 among others. They are currently also gearing up for the release of Penthouse on Netflix featuring Bobby Deol and Arjun Rampal among others. Arjun will next be seen sharing the screen with Kangana Ranaut in Dhaakad. He also has The Battle of Bhima Koregaon and Hari Hara Veera Mallu in the pipeline.