* Fazl urges country's institutions to 'repent on past mistakes, reassess their role and ask the nation for forgiveness' 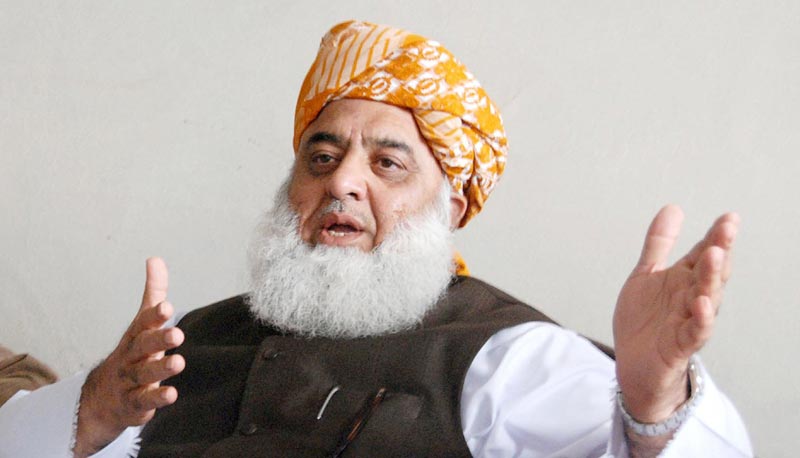 Pakistan Democratic Movement (PDM) and JUI-F chief Fazlur Rehman Saturday said the opposition alliance was fighting for the country’s survival and that it would win in this struggle, a private TV channel reported.

“We will win this war, and Pakistan will have a government that is truly representative of the people, which will understand the problems faced by the masses. The ones who [were imposed] are not aware of the public’s issues,” Fazl told a PDM protest rally in Karachi. “This journey, which has started from Karachi, will continue […] and we will march to Lahore, and from there, we will go to Islamabad,” Fazl said.

Fazlur Rehman urged the country’s institutions to “repent on past mistakes, reassess their role and ask the nation for forgiveness”. “We also want to say to the institutions that they should understand the realities and reassess their role,” he said in his address to the rally. “They should look at their mistakes in the past, self reflect, express shame on what they have done and ask for forgiveness from the people. Only then will we be able to protect the country as a nation,” he added. He said the PDM was fighting a war for the country’s survival and represented the nation’s hope and voice. “We have to support the nation in this crisis.”

The PDM has ramped up its anti-government protests, with the first of the new wave of protests taking place in Karachi. The next will be held in Quetta on November 17 and in Peshawar on November 20.

Fazl, in his address, claimed that due to rising inflation, people were setting up signs to put their children up for sale as they could not see them suffer. “Some parents are giving their children poison [to end their misery],” he added. “I had said that this government had come into power by stealing votes; I had said that this government is incompetent and inept,” the opposition alliance’s chief said.

PML-N leader Shahid Khaqan Abbasi, in his address to the gathering, claimed the Opposition does not seek power, rather it seeks to end the rising inflation in the country. “The incumbent government is making people suffer […] the only way to solve the country’s problems is to run it in line with the constitution and hold immediate free and fair elections,” he said.

Pashtunkhwa Milli Awami Party (PkMAP) President Mahmood Khan Achakzai said PDM was “not formed because we were all sitting free and just decided to”. Achakzai said the country’s political parties had worked hard to form the constitution, and no country in the world can run without one.