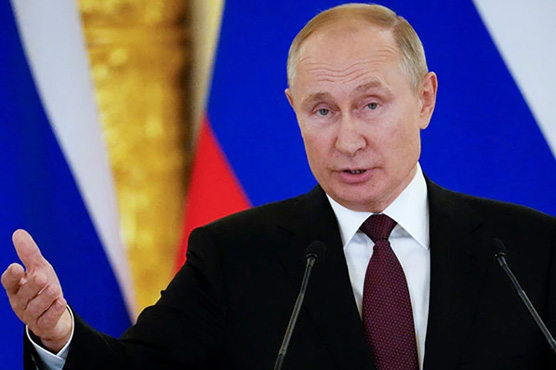 Russian President Vladimir Putin said in an interview aired Saturday that Moscow considered recent Black Sea exercises by US and other NATO ships as a serious challenge.

“The United States and its allies in NATO are carrying out unplanned exercises in the Black Sea. Not only is a rather powerful naval group involved in these exercises, but also aviation, including strategic aviation. This is a serious challenge for us,” he said in an interview with state broadcaster Vesti.

US top diplomat Antony Blinken on Wednesday warned Russia against making another “serious mistake” on Ukraine as Washington sought clarity about troop movements near the border.

The EU on Friday said it was also concerned by Russian military activities close to Ukraine’s border. The 27-nation bloc said it was monitoring the situation with partners including the US and Britain.

A Pentagon spokesman said the Russian movement was “unusual in its size and scope.”

Ukraine has fought a war with pro-Moscow separatists in its eastern regions since 2014 when Russia seized the Crimea peninsula from Kiev.