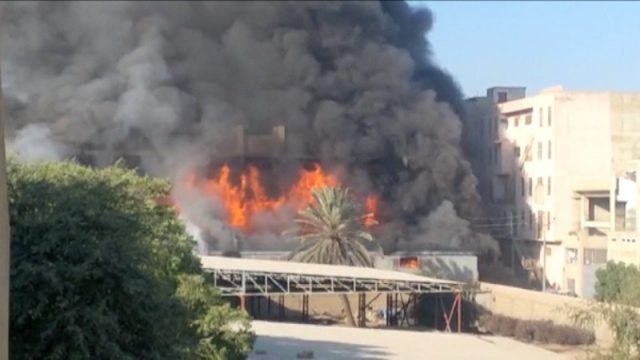 In the first incident, four security guards were injured when a fire broke out in flats situated in Gulshan Iqbal Block 1. The fire was cooled down with the help of one fire tender.

The blaze started in the guardroom located in the basement of the residential building. The guards who received burn injuries were moved to a private hospital but later they were shifted to Civil Burns Ward.

Fire brigade officials said short-circuit could be the cause of the blaze.

In the second incident, a fire broke out in a building at Karachi Fish Harbor. The blaze started in a company office on the second floor of the building.

However, the fire brigade personnel were able to control the fire with the help of the ammonia gas.