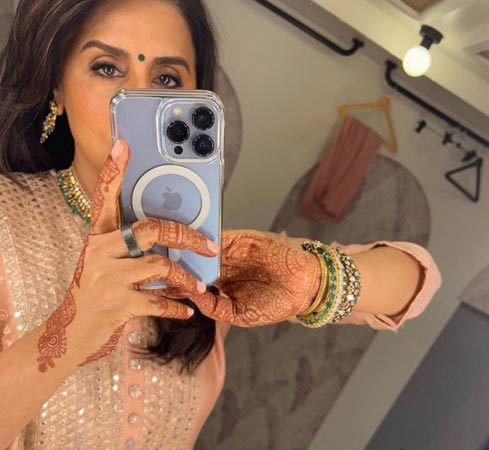 It is directed by Raj Mehta, who helmed the 2019 hit Good Newwz.

Jug Jugg Jeeyo marks the return of Neetu Kapoor to the big screen after seven years.

She was last seen in Besharam, which featured her actor, son Ranbir Kapoor and late husband Rishi Kapoor.

The 63-year-old actor took to Instagram and posted a picture of herself from her make-up room and said the experience of working on the film helped her regain confidence.

“Finally wrapped #jugjuggjeeyo was such a wonderful experience…made some Lovely friends..gained confidence which was so needed at that time..this movie will always be very special,” Kapoor wrote.