Sindh has become a model of bad governance: Haleem Adil 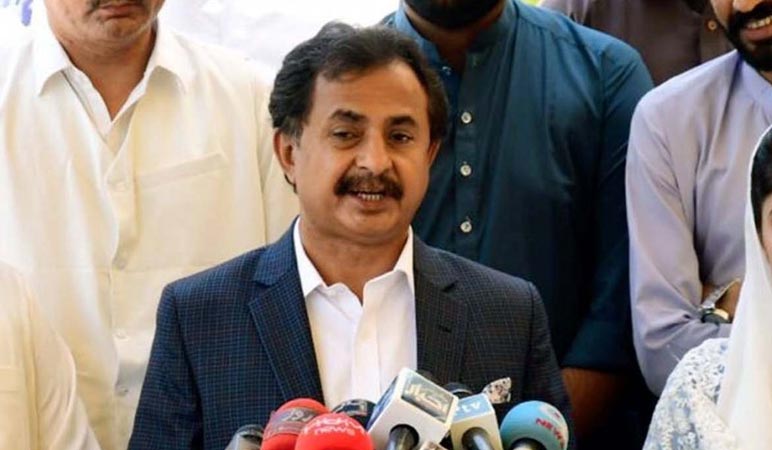 Leader of the Opposition in Sindh Assembly, Haleem Adil Sheikh, Friday, alleged that Sindh had become ignoble model of bad governance where executive pillar of the province was pursuing single point agenda of corruption.

He while addressing a press conference here at Sindh Assembly Building, said, “PPP’s provincial government does not tolerate reputable and honest officers in Sindh and only feel comfortable with officers who join their corrupt system and lend a hand in corruption and other illegal practices.”

Haleem Adil, who is also Central Vice President of PTI, said that CM Sindh called an emergency meeting following transfer of civil services’ officers because he was afraid of implementation on other provisions of Efficiency and Discipline Rules.

The E&D rules prevent posting of officers under allegation of corruption, dismissal of those officers from service who settled the cases through plea bargain or voluntary return while action may be taken on assets beyond known source of income as well.

He pointed out that over 1500 higher officers in Sindh were under investigation by National Accountability Bureau and Federal Investigation Agency for corruption, misuse of authority and other charges of same nature.

The opposition leader quoting a NAB report submitted in Sindh High Court stated that Rs 35 billion were recovered from 850 officers who confessed their corrupt practices and paid back through Voluntary Return and Play Bargain while 700 more were under investigation.

Haleem said that 15 secretary level officers holding charge of important departments were under allegations of corruption and their cases were being investigated by NAB while corruption cases were also pending against former chief secretaries and secretaries of Sindh including Siddique Memon, Ghulam Ali Pasha, Shamsuddin Soomro, Abdus Subhan Memon and a former IG Police Ghulam Haider Jamali.

Sindh was the only province of the country where deputy commissioners were billionaire, he said adding that when an officer get posting on any ‘lucrative’ post in Sindh his overall status changed noticeably.

He also accused Sindh government of committing contempt of the court by defying Supreme Court’s ruling on OPS appointments.

He pointed out that Hassan Naqvi a PBS 20 officer was posted in grade 22 as chairman planning and development while amending the rules through Sindh cabinet.

Another VR beneficiary Syed Sardar Shah- a cousin of CM Murad Ali Shah- was posted as Chief Engineer Sukkur Barrage Right Bank and now he was given additional charge of Left bank as well.

Haleem Adil Sheikh said that a cousin of Asif Zardari, Wasif Memon, was appointed on an important position of Chairman Sindh Revenue Board through a tailored advertisement specifying a criterion that suits only Wasif Memon.

Affairs of the province, including transfers and postings and award of contracts, being managed by two PBS 19 officers- Fayyaz Jatoe and Khurram Bashir- who are sitting in CM House and working as defecto Chief secretary and defecto IG Police, Haleem Adil Sheikh alleged adding that Anti-Corruption Establishment’s summaries for action against various officers went missing from the CM House.

“Pakistan is a federation and Sindh like other provinces is its federating unit not a sovereign state and federal rules and regulations also applicable here as well,” he maintained and added that Sindh should have raised objection if they had any at the time when E&D rules were being devised.

Although rules required consultation with the concerned provincial government in case of appointment of Chief Secretary and Inspector General of Police, the Establishment Division sought from CS Sindh a list of officer falling under ambit of rotation policy, he said adding that at the time they did not submit the list and later presented names of officers like Iqbal Dara, Fida Mastoe, Irfan Baloch and Munir Sheikh who were not in their good books.

He urged the civil servants posted in Sindh to display courage and do not become personal servants or henchman of PPP’ corrupt leadership as bureaucracy is an important and responsible organ of state that align the policies and direction of political government as per laws of the land and relevant rules and regulations.