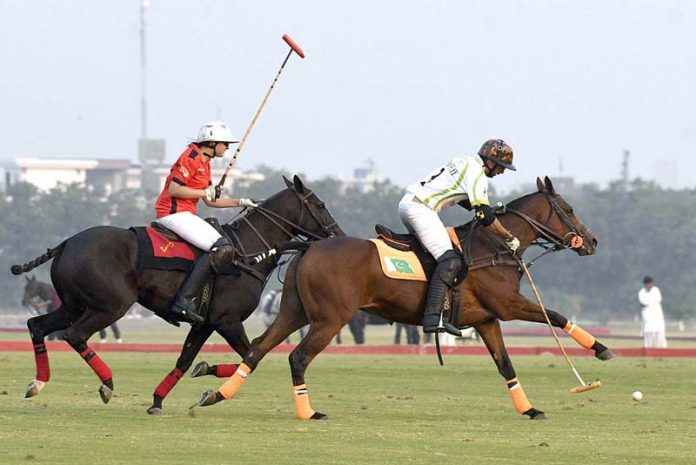 LAHORE: Remounts Maroon breezed into the main final of the Tenacious Polo 2021, sponsored by the DHA, after winning the semifinal against Sheikhoo Steel/ Diamond Paints here at the Jinnah Polo Fields (JPF) ground on Friday.

The second match of the day proved to be a nail-biting encounter wherein the dying moments of the match, Total Nutrition converted a match-winning goal through Bilal Haye to win the crucial match by a narrow margin of 9-8.5, thus gained a place in the subsidiary final.

British player Eavan Power was star of the day from Total Nutrition with a contribution of splendid six goals while Bilal Haye pumped in a brace and Adnan Jalil Azam struck one goal. From Remounts Green, which had a half goal handicap, Qasim Khan thrashed in three tremendous goals while Mir Huzaifa Ahmad and Omar Malhi banged in two goals each and N Ris Akhtar scored one goal.