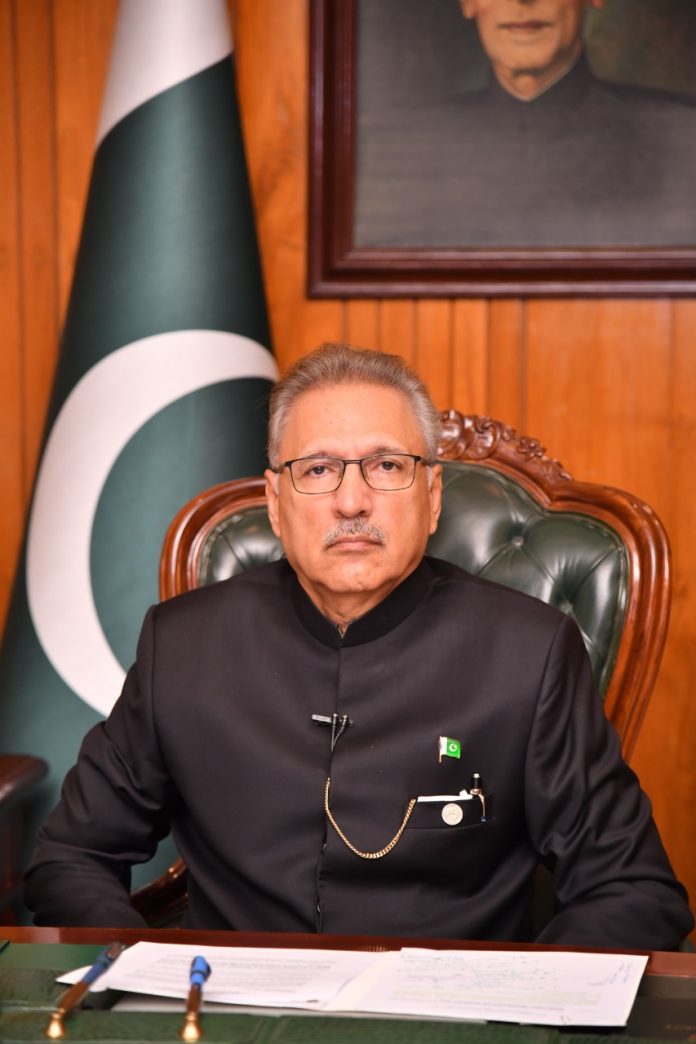 The President rejected the appeals of both the banks against the decisions of the Banking Mohtasib. He regretted that the victims of fraud, including an overseas Pakistani, suffered a lot at the hands of the banks’ management, and no relief was provided to them, the President’s Office said.

He urged the public to avail the services of the Banking Mohtasib to seek relief in fraud cases as well as against the maladministration of bank officials.

According to details of both the cases, Zahida Naseem (complainant) opened her PKR Account on 03-03-2017 and British Pound Sterling on 28-03-2017 with Al Baraka Bank, at DHA Branch, Lahore.

She applied for a term deposit for an amount of Rs 10.7 million for one year after signing her cheque and TDR Application Form.

The bank manager had fraudulently used her cheque and requested for Real-Time Gross Settlement instead of TDR. It was later revealed that Ikram had allegedly committed fraud of a huge amount of Rs 125 million and was an expert in making and providing tampered and fake bank statements to his clients.

This was admitted by the bank which had canceled the policies of clients and had refunded money to respective accounts in different cases.

In this case, an amount of Rs 9 million was transferred to the bank account of Ikram’s personal driver. Zahida Naseem requested ABBL to credit the lost funds to her account but without any result. Subsequently, she approached the Banking Mohtasib for the redressal of her grievance.

He handed over cash of Rs 5 million to the then branch manager, Akhtar Hussain, on 14-04-2017, who filled in the deposit slip, and after signing and stamping it, handed over the counterfoil to the complainant.

Later on, his brother informed him in Holland that an internal fraud had been perpetrated and funds deposited by several depositors had been embezzled by the ex-branch manager.

The manager had deceitfully mentioned some imaginary cheque numbers on his deposit slip instead of the cash amount personally handed over to him. Further, the bank lodged an FIR with FIA Faisalabad against the main accused and his accomplices.

The bank did not pay Bajwa his claim despite acknowledging his complaint, after which, the complainant approached the Banking Mohtasib to seek justice.

The Banking Mohtasib investigated both the cases and, after perusal of facts, ordered that the complainants may be refunded their lost money by the respective banks. It Mohtasib held that the complainants had entrusted their hard-earned money to the concerned banks and it was the fiduciary duty of the banks to protect their customers.

It noted that the appointment of vigilant bank officials, honest and professional staff was the responsibility of the bank and not of the complainants.

The Ombudsman noted that the bank officials had been duly posted by the management of the banks and they were performing the employer’s business when the complainants had suffered financial losses due to the unethical and fraudulent activities of the authorized bank officers.

The bank cannot escape the liability in such cases when the commission of fraud with the account holder by its management is established and admitted, the Banking Mohtasib held.

The Mohtasib ordered that both the banks were responsible to make good the loss of the complainants without further delay. Subsequently, the banks filed separate appeals against the decisions of the Banking Mohtasib.

President Dr. Arif Alvi upheld both the decisions of the Mohtasib on the grounds that banks were given ample opportunity by the Mohtasib to defend and controvert the claims of the complainants, however, banks had failed to discharge the burden and statutory liability cast upon them under the law.

“No justification has been made to upset the order of the learned Banking Mohtasib”, the President wrote while rejecting the representations of the banks.