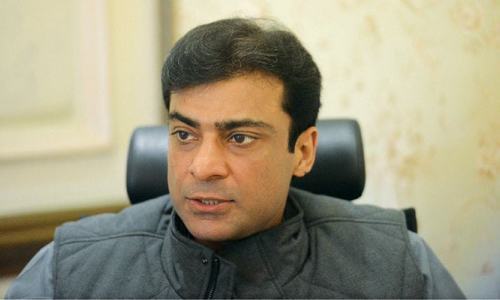 On Friday, Leader of the Opposition in the Punjab Assembly Hamza Shehbaz said that the opposition parties had now decided that they would continue their struggle till Prime Minister Imran Khan’s ousting, Daily Times reported.

While talking to the media outside an accountability court (AC) in Lahore, he blamed PM Imran Khan for practicing double standards. “You had made tall promises to the nation but the truth of the matter is that people don’t have enough food to sustain themselves,” he said, adding, “Now it is not yours, but our turn to wage Jihad against you.”

He maintained that the condition with respect to the dengue virus in Punjab was pathetic.

“Two to three patients are lying on a single bed,” he said and asked as to why the virus had reborn when PML-N president Shehbaz Sharif had eliminated it when he was the Punjab chief minister.

Hamza Warned of a severe gas shortage in the winter season and alleged that the present government had made expensive LNG deals.

Earlier, the National Accountability Bureau (NAB) submitted to the AC an application, seeking a hearing of money laundering and assets beyond sources of income case filed against Shehbaz Sharif’s family on a daily basis.

Hamza left the court as he had to go to Sheikhupura to attend a funeral, while counsel for Shehbaz Sharif told the court that his client could not show up because he was in Islamabad.

While, the court, on the other hand, while summoning other witnesses adjourned the hearing of the case until November 19.