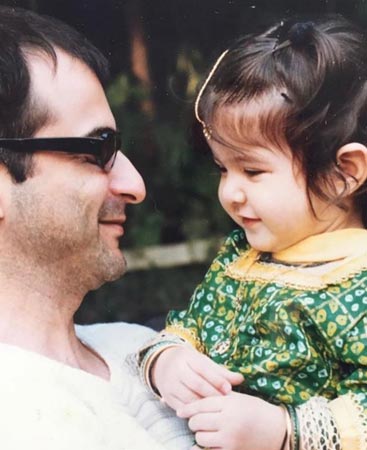 Star kid Shanaya Kapoor ventured on the first day of shooting on Wednesday and her father Sanjay Kapoor made sure to give her all the motivation and love before she embarked on her ‘new beginning’! Actor Sanjay Kapoor took to Instagram on Wednesday, to wish her daughter Shanaya and shared throwback pictures with her as well. He penned a sweet caption for her, saying, “#newbeginnings, so proud of you, work hard, #focus, this is only the beginning, sky is the limit, #firstdayshoot #excitingtimes, love you.” Shanaya Kapoor is the daughter of Sanjay Kapoor and Maheep. She is all set to make her big Bollywood debut. She has worked as an assistant director in cousin and gen-next star Janhvi Kapoor’s ‘Gunjan Saxena: A Kargil Girl’ biopic. Details for her Bollywood debut are still under wraps. The stunner is often seen dropping some sensational photoshoots and making her fans quite excited for her big debut. The young star kid is uber fashionable and sets style statements with her outfits.