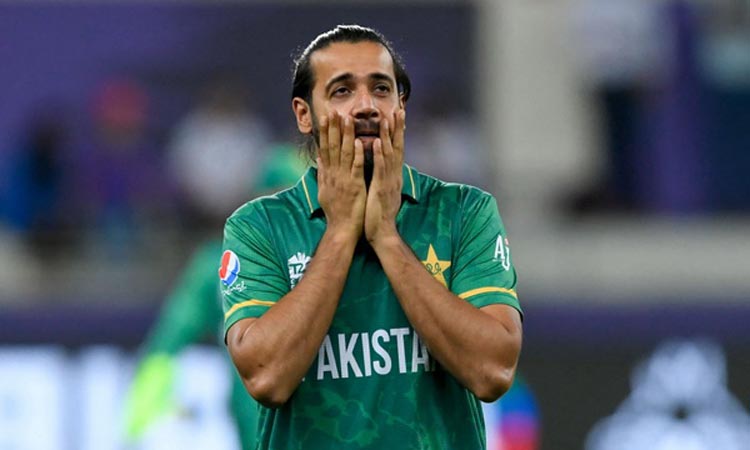 Australia produced a sensational run chase to stun Pakistan and set up an all-antipodean final at the ICC Men’s T20 World Cup 2021.

Matthew Wade and Marcus Stoinis did the damage late on for Australia after David Warner’s fiery 49 had set the chase up, with four wickets from Shadab Khan not enough to stem the tide.

Tasked with chasing down 177 to win the second ICC Men’s T20 World Cup semi-final, Australia were hit with Shaheen Shah Afridi at his very best in the opening over, with Finch falling for a first-ball duck and Mitchell Marsh surviving a tight LBW review off the next delivery.

Australia rode out the storm and seemed to be taking control of the match as Warner raced to a fiery 49. But spinner Shadab Khan seemed to turn the game in Pakistan’s favour, taking 4/26 including a controversial dismissal of Warner, to leave the game on a knife-edge.

Yet the remarkable semi-final had one final twist in the tail, as Wade and Stoinis let fly late on to get Australia across the line and knock out the tournament’s form team.

Stoinis finished with 40 from 31 balls. But it was Wade who was the hero, with his 41 coming off just 17 deliveries, including three consecutive sixes off Afridi to seal the win with an over to spare. The early loss of Finch brought Mitchell Marsh to the crease and, after surviving Afridi’s stunning opening spell, he joined forces with Warner to lift Australia to 52/1 at the end of the Powerplay.

Meanwhile, Prime Minister Imran Khan Thursday appreciated the Pakistan Cricket Team, asking them to be proud of the quality cricket they had played during the T20 World Cup.

In a message to the Green Shirts following their five wicket defeat against Australia in the run for final, the prime minister said having faced such disappointments in the cricket fields, he knew the feelings of the team.

“To Babar Azam & the team: I know exactly how all of you are feeling right now (because) I have faced similar disappointments on the cricket field,” the prime minister said on twitter.

Imran Khan, who had captained the 1992 World Cup winning team, advised the team to instead “be proud of the quality of cricket you played and the humility you showed in your wins.” He also congratulated Team Australia for win in the semi-final and qualifying for the final contest against New Zealand on November 14 at Dubai International Stadium.