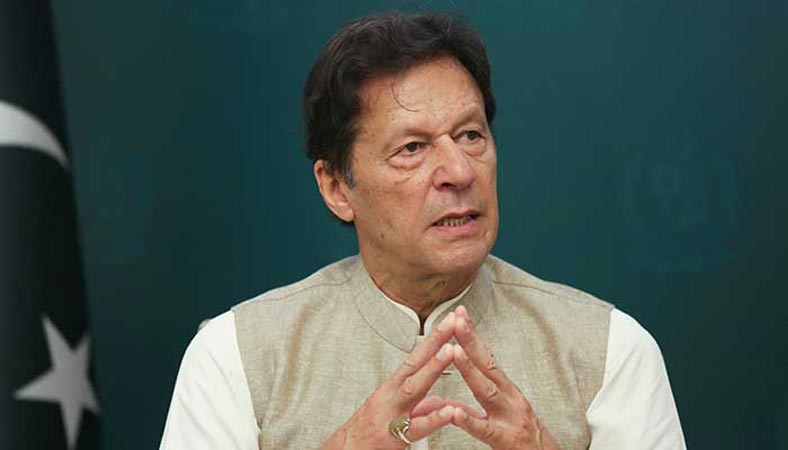 Prime Minister Imran Khan on Thursday said that Pakistan has always stood by the Afghan people in their time of need and urged the international community to fulfil its collective responsibility and do the same.

The prime minister’s remarks came amid a visit to Islamabad by acting Afghan foreign minister Amir Khan Muttaqi, who was extended an invitation to attend the Troika Plus meeting. “We have assured [Muttaqi] and his delegation we will provide all possible humanitarian aid to Afghanistan. We are sending essential food items, emergency medical supplies and winter shelters to provide immediate relief to Afghan people,” he wrote.

The premier followed by saying that free COVID-19 vaccines will be administered to all Afghans travelling across the border into Pakistan. “Again I urge the international community to fulfil its collective responsibility to avert a grave humanitarian crisis confronting the people of Afghanistan,” PM Imran Khan said.

Meanwhile, Prime Minister Imran Khan Thursday met a delegation of farmers from South Punjab wherein he called for immediate steps in collaboration with Punjab’s Irrigation department to stop water theft from canals. Underlining the importance of resolving problems faced by the genuine farmers, he emphasised decreasing middleman’s role to enable the farmers get good price of their products.

The prime minister further directed the authorities concerned to invoke relevant laws to deal with cartelisation and to shun hoarding practices. Earlier, the prime minister was informed that it was likely that Rabi crop would be affected due to 28% shortage of water in reservoirs. The prime minister said the shortage could be met by stopping water theft from the canals. The prime minister was apprised that Pakistan was blessed with a rich natural resource base for agriculture. However, despite having one of the world’s best alluvial soils, diversified weather conditions, the best irrigation system and assiduous farmers, the country could not fully harness the potential of our agriculture sector mainly because of misplaced priorities of the previous governments. The prime minister said that in order to explore full potential of the agriculture sector, the government has launched Agriculture Emergency Program worth Rs. 277 billion, an unprecedented allocation for the sector.