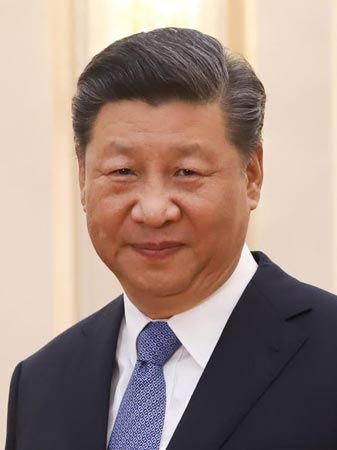 Top Communist Party leaders wrapped up a key meeting in Beijing by passing an important resolution on the country’s past, state media said Thursday.

President Xi Jinping has been heading a pivotal plenary of the ruling party’s top figures since Monday in the Chinese capital. Some 350 members of the powerful Central Committee passed China’s resolution on “Major Achievements and Historical Experience of the Party’s Centennial Struggle” – only the third of its kind in its 100-year history.

The previous two resolutions were issued under former leaders Mao Zedong, in 1945, and Deng Xiaoping, in 1981. The lengthy declaration called for upholding “the correct view of party history”, said official news agency Xinhua, adding that the party has “written the most magnificent epic in the history of the Chinese nation for thousands of years”.

“The Party Central Committee called on the entire party, the entire army and people of all ethnic groups to unite more closely around the Party Central Committee with Comrade Xi Jinping as the core, to fully implement Xi Jinping’s new era of socialism with Chinese characteristics,” the Xinhua readout stated. This year’s plenum paves the way for the 20th party congress next autumn, at which Xi is widely expected to be handed a third term in office, securing his position as China’s most powerful leader since Mao.

State TV showed footage of Xi addressing delegates in the Great Hall of the People near Tiananmen Square, in front of red flags and the communist hammer and sickle.

Its evening news broadcast said Xi’s communique was of “wide-ranging historical significance”, and teased a forthcoming commentary titled “Winning even greater victory and glory in the new journey of the New Era” in the party’s flagship newspaper.