Over 90.1m children to be vaccinated against rubella, measeles, says Yasmin 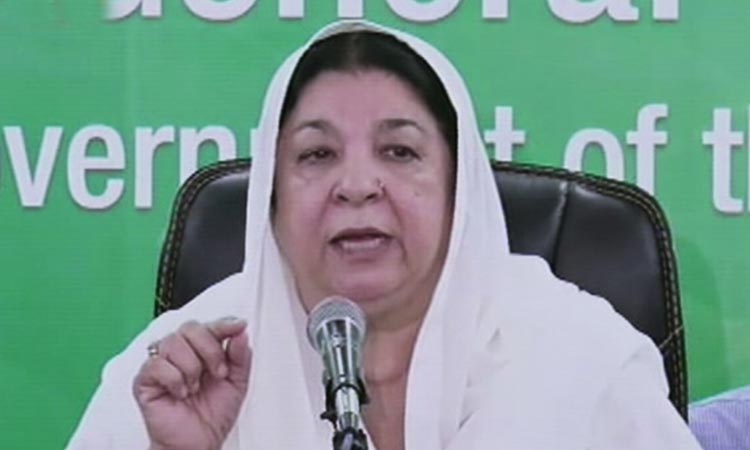 Punjab Health Minister Dr Yasmin Rashid on Thursday SAID that Pakistan was going to organize history’s most extensive vaccination campaign for children of 9 months to 15 years of age, adding that more than 90.1 million children would be vaccinated across the country while 46.6 million would receive the injection in Punjab with a daily target of over 3.7 million children per day.

She urged the media to mobilize populations and raise awareness about the use of vaccines to protect the new generation against crippling diseases.

Addressing a workshop titled ‘Role and Responsibility of Media in Measles-Rubella catch up Campaign 2021’ organized by District Health Authority in collaboration with Punjab Government and UNICEF at a local hotel,

Dr Yasmin asked the media to support the cause of the diseases eradication campaign that will kick off across the country from November 15 to 27.

“Media can bridge the gap between government and public by educating and motivating parents and other segments of the society for vaccination of chronic diseases like Measles, Rubella, Polio, dengue, Covid-19 and others “, she added.

Dr Yasmin informed that the campaign was three times bigger than the corona vaccination drive, highlighting the benefits of vaccination; she added that corona cases had reduced significantly to less than one per cent due to vaccination.

She said both the measles and Rubella were vaccine-preventable and could lead to death or blindness and other permanent disabilities.

Provincial Minister Specialized Healthcare & Medical education Dr Yasmeen Rashid on Thursday said that Rawalpindi Medical University (RMU) would be shifted on the solar system soon while the rain harvesting system was also being adopted at RMU.

She said this while chairing the 11th syndicate meeting of RMU here.

The meeting discussed different matters in detail, including the prevailing dengue situation and ratified the decisions of the 10th syndicate meeting.