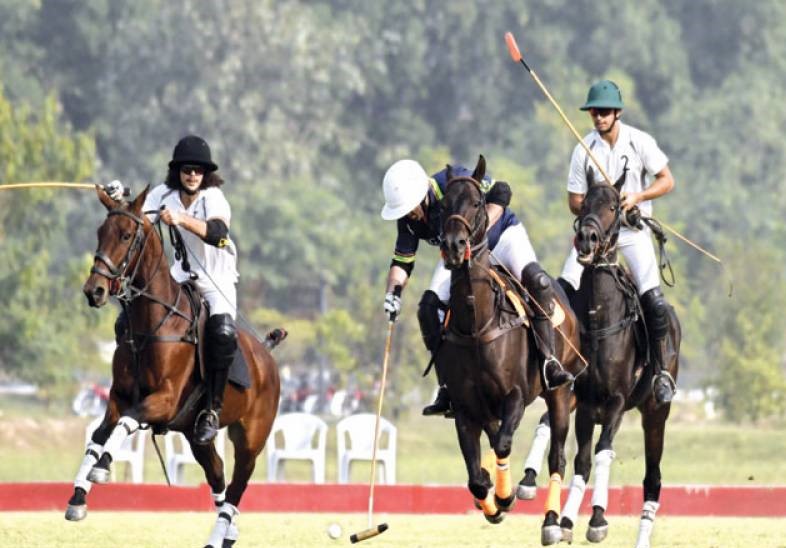 LAHORE: HN Polo qualified for the main final of the Tenacious Polo 2021 sponsored by DHA after winning their match against Izhar Group by 9-6.5 here at the Jinnah Polo Fields (JPF) ground on Thursday.

Both the teams played well against each other and matched fire-with-fire till the second chukker as after that, HN Polo stamped their authority and fully dominated the match till the end and won it with a good margin of nine goals to six and a half.

Raja Mikael Sami emerged as hero of the match as he smashed in superb six goals from the winning side while his teammates Hamza Mawaz Khan banged in a brace and Haider Naseem struck one. From Izhar Group, which had a half goal handicap, Raja Sami Ullah contributed with a quartet while Raja Jalal Arslan thrashed in two goals. The second match of the day was also a well-contested match, where FG/Din played better polo against Rijas Development/Master Paints and won the encounter with a score of 10-6.5 and booked berth in the subsidiary final.

Both the sides were engaged in a good fight till the second chukker but FG/Din made their presence felt in the third chukker and took an unassailable lead, which continued till the end of the match and they won it quite comfortably by 10-6.5. Mian Abbas Mukhtar was top scorer from the winning team, as he fired in fabulous five goals while Tomas Reinoso slammed in four goals and Waqas Khan one. From the losing side, which had a half goal handicap, it were superb performances by Mannuel Carranza and Lt Col Omer Minhas, who pumped in three goals each.

Tomorrow Friday, the second semifinal will be competed between Sheikhoo Steel/Diamond Paints and Remounts Maroon at 2:15 pm while the contest for the place in subsidiary final will be played between Remounts Green and Total Nutrition at 3:00 pm.