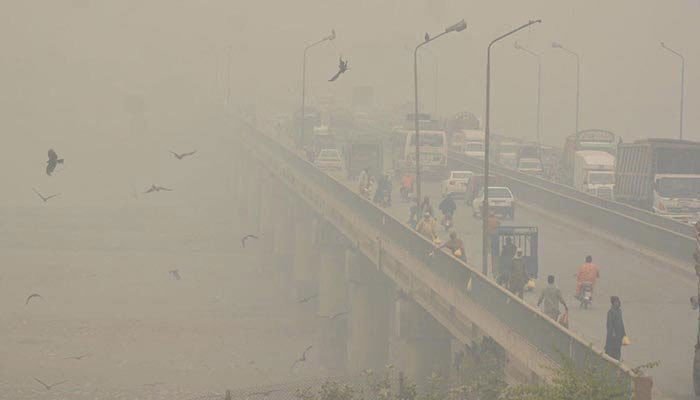 LAHORE: On Thursday, Lahore was once again ranked the world’s most polluted city struggling with the worst hazardous air quality levels.

According to air pollution data released by the US Air Quality Index, Lahore has recorded a hazardous particulate matter (PM) rating of 487, up from yesterday’s 309.

India’s Delhi was second on the list with 431, followed by Bosnia Herzegovina’s Sarajevo that recorded 182.

According to experts, there is an increase in air pollution in winter. There are also changes in the wind speed, wind direction, and sliding minimum temperature that increases air pollution.

The air becomes heavier in the winter as compared to summer. This causes poisonous particles in the atmosphere to move downwards, thereby, making the atmosphere polluted. As a result, a layer of polluted particles, including large amounts of carbon and smoke, covers a city.

The smoke produced by factories and burning coal, garbage, oil or tyres enters the atmosphere. The effects of this appear at the onset of winter and remain till the season’s end, experts said.