No role of opposition in putting off parliament’s joint session, says Khursheed 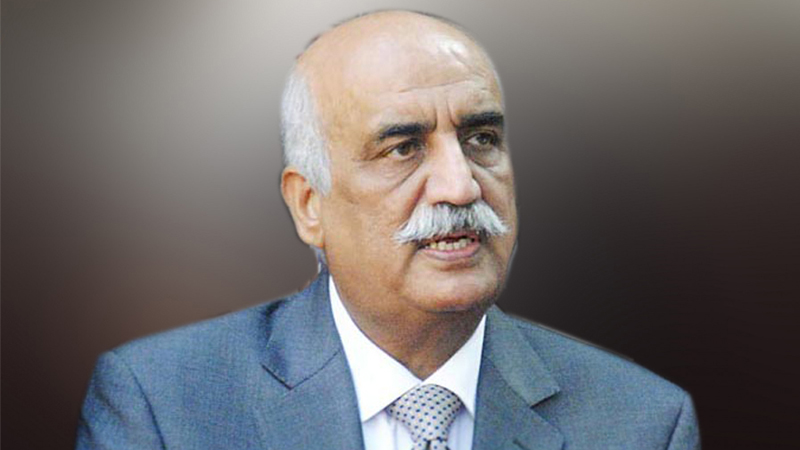 Syed Khursheed Shah while talking to media outside the Parliament House maintained that no lawmaker from opposition benches has asked the NA speaker to postpone Parliament’s Thursday joint session.

“No opposition lawmaker has asked National Assembly Speaker Asad Qaiser to postpone Parliament’s joint session,” he said, adding that no contact was made by NA speaker with opposition on consensus on EVMs.

He claimed that the government had postponed the session after PTI allies refused to support the electoral reforms bill to be passed through Parliament.

The PPP leader further said that the opposition has the support of 169 lawmakers.

Earlier, the federal govt postponed the joint session of Parliament, summoned for Thursday to pass the electoral reforms and various other bills.

In a thread on Twitter, Information Minister Fawad Chaudhry said that the government has decided to postpone the joint sitting of Parliament in order to build consensus on electoral reforms.

“Electoral reforms is a matter of country’s future and the government is trying to reach a consensus on these issues,” he said, adding that NA Speaker Asad Qaiser has been tasked to contact opposition in order to bring a unanimous electoral reform bill.