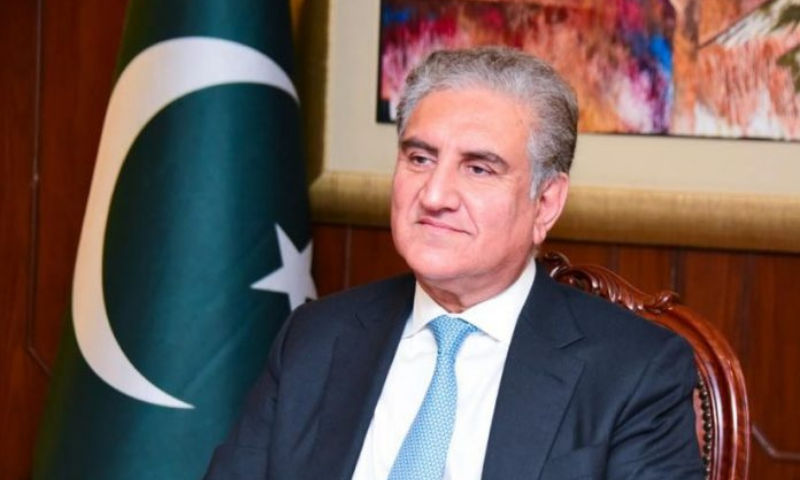 ISLAMABAD: To avert economic collapse and civil war in Afghanistan, it is crucial for the international community to “avoid repeating mistakes of the past” and pursue a positive engagement, Foreign Minister Shah Mahmood Qureshi said.

Addressing the opening session of the ninth meeting of Troika Plus, the foreign minister said engagement with Afghanistan is important as nobody wished to see a relapse into civil war and an economic collapse to spur instability.

“Everyone wants terrorist elements operating inside Afghanistan to be tackled effectively and we all want to prevent a new refugee crisis,” he said.

The meeting, held at the Ministry of Foreign Affairs, was attended by Special Representatives of China, Pakistan, Russia, and the United States, and the visiting delegation of the interim government of Afghanistan led by Acting Foreign Minister Amir Khan Muttaqi.

He mentioned that Afghanistan stands at the brink of an economic collapse, and with international funding dried up, it had become difficult to pay even salaries, let alone pursue development projects.

He said the common man is reeling under the effects of a severe drought, adding that any further downward slide would severely limit the new administration’s capacity to run the government.

“It is, therefore, imperative for the international community to buttress provision of humanitarian assistance on an urgent basis,” he stressed and added that health, education, and municipal services required urgent attention.

The foreign minister said enabling Afghanistan to access its frozen funds would dovetail into the efforts to regenerate economic activities and move the Afghan economy towards stability and sustainability.

Similarly, he said, the UN and its agencies must be urged to find ways to reach out to the common Afghan and help stabilize the situation.

Qureshi said being an immediate neighbor, Pakistan had a direct stake in Afghanistan’s peace and stability

With a shared heritage and history, we consider every ethnic community of Afghanistan important in the final destiny of the country, he said.

“Located next door, we have borne the brunt of four decades of conflict and instability in the shape of refugees, drugs, and terrorism,” he said. “We see the current situation as an opportunity to end the prolonged conflict”.

He mentioned that Pakistan had already taken a number of steps to facilitate the common man in Afghanistan. These include a waiver of customs duties on perishable food items to support farmers in Afghanistan, provision of humanitarian assistance, facilitating pedestrian movement, keeping the border open during COVID-19, and visa on arrival for medical cases.

He expressed gratitude to the neighbors of Afghanistan for supporting Pakistan’s call for a regional platform to discuss common concerns and opportunities. The two meetings, he said, yielded substantive and forward-looking outcome documents.

He recalled that his visit to Kabul last month helped understand the new Afghan government’s expectations from the international community.

“It also provided us the opportunity to share our assessment with the Taliban leadership and highlight the international community’s expectations of them,” he said.

“We believe Taliban are interested in engagement, as they seek international acceptance and support,” he said.

Qureshi reaffirmed the resolve of Prime Minister Imran Khan to help Afghanistan on its path towards peace, progress, and prosperity.