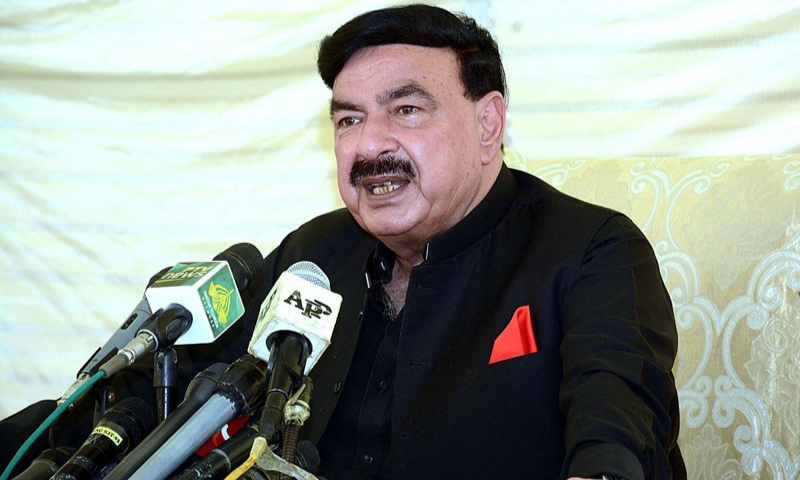 RAWALPINDI: On Thursday, Minister for Interior Sheikh Rasheed Ahmed said that a “Lal Haveli” scholarship program would be launched to provide financial assistance to deserving and talented female students to study abroad.

Addressing the participants of a function after inaugurating Dr. AQ Khan Hall at Government Associate College for women Dhoke Mangal said, “We are contemplating to raise a fund to launch a scholarship program. Financial assistance would be provided to talented and deserving female students to study abroad”.

All educational expenses would be borne by “Lal Haveli”, he added. The minister said that a beautiful college would also be established in Dhoke Dalal at a cost of Rs350 million.

A case regarding land proposed for the college to be heard on Nov 22 in the court, he said and urged the female students to pray for the success so that a beautiful college could be established in Dhoke Dalal that would be my last project for female education, he added.

The minister said that difficulties were faced to establish Government Associate College for Women Dhoke Mangtal as some elements were creating hurdles in the way of establishment of Dhoke Mangtal college, but now a large number of girls of Dhoke Mangtal and Dhoke Hassu were getting an education in this college at their doorsteps.

Despite financial constraints, third Women University had also been inaugurated in Rawalpindi besides establishing three new colleges in the city during the last two years to promote girls’ education in the city, Sh Rasheed added.

The minister said, “I am thankful to Almighty Allah as I succeeded in completing the education mission in my life.”

Rawalpindi city is now at the top position for female educational institutions. Waqar un Nisa Women College had also been upgraded and made a university, he added.

Rawalpindi was at the top position in female education across the country for the last 10 years, he said adding that today, admission merit was so high here as it had reached 92 percent marks.

“We tried to provide education facilities at the doorsteps of the female students. After completing the educational institutions’ task, we would move towards the health sector,” he said.

He said that the target of 60 educational institutions had been completed as seven colleges were completed and a third women university was also inaugurated. A plan was conceived for the next 20 years, he added.

He said, “When the actual educational institution’s plan was conceived for promotion of education in Rawalpindi city, it was at 37th position in female education then I selected Dhokes like Dhoke Hassu, Dhoke Khabba, Dhoke Ratta, Dhoke Naju, Dhoke Elahi Bukish for the establishment of schools and colleges as the citizens of labor class live in these Dhokes and cannot afford private educational expenses.

Today, in just one Dhoke Hassu school and college nearly 5000 female students were registered and getting an education, he said adding, “We utilized all available resources to establish schools and colleges in the city.”

“It was my thinking nearly 50 years ago that the girls of Rawalpindi city can be empowered and they should be educated as if the mothers will be educated, then the real change in the society can be witnessed,” he added.

The minister asked the teaching staff to play a more efficient role and educate the females with more commitment and dedication.

Sh Rasheed said that now, the health sector would be focused and modern health facilities would be provided here in the city.