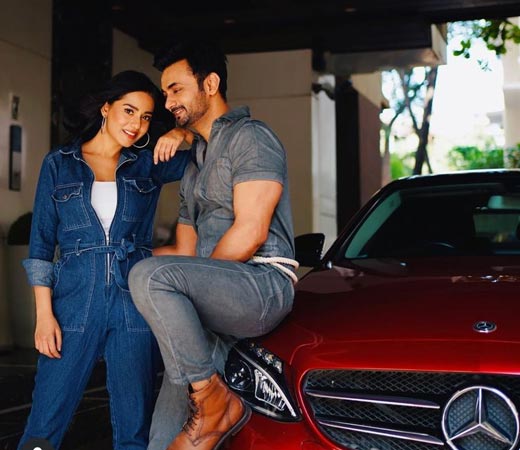 Manifestation works in mysterious ways and sometimes it can leave you stumped. In a recent Instagram post, RJ Anmol shared how his mother’s wish to find a daughter-in-law like Amrita Rao was fulfilled by fate.

Sharing a photo of himself and his wife, Anmol shared how he had watched Vivah this day, 15 years ago in a theatre in Delhi. Post that, his mother told him that whenever he gets her a bahu, she should be like her. Amazed at the coincidence, the popular RJ added that it was his lucky day as his mother’s words came true.

“This Day-2006, I saw Vivah with my Family, in a Theatre… after the Film, My Mother said. I’m sure, Mothers Across the Country told This to thr Sons, but like they say. #coupleofthings #amritarao #rjanmol #vivah #15yearsofvivah #truestory #love #trending #instagram #ittefaq @rajshrifilms,” he captioned the post.

Rajshri Films’ Vivah released in 2006. It starred Amrita Rao and Shahid Kapoor in the lead roles of Poonam and Prem, respectively. Just like most Sooraj Barjatya films, Vivah too had the lead characters play obedient and sanskaari youngsters.

Their parents get them to meet in an arranged marriage set up, and love blooms between them. On the day of the wedding, tragedy strikes but Poonam and Prem overcome it with love. The film received a positive response from fans. Coming to RJ Anmol and Amrita Rao, they met in 2008 and soon fell in love. The couple tied the knot in 2016 and welcomed a baby boy last November. Recently, the duo also announced their video series Couple of things, where they reveal details about their love story.