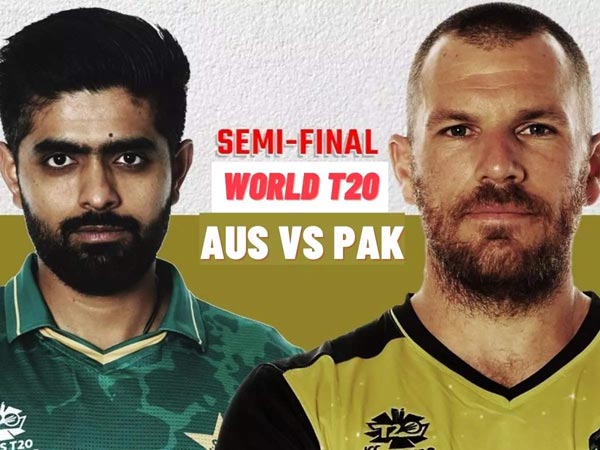 Skipper Babar Azam and his men will be looking to reach their third final and reclaim the coveted crown when they face-off with Australia in the second semifinal of the Twenty20 World Cup at Dubai Stadium in Dubai, United Arab Emirates on Thursday (today). Emotions and excitement will be at an all-time high today when the two teams face each other in what is being touted as a mouth-watering clash. This World Cup may not hold the prestige of the ODI World Cup, nor the glamour of the Twenty20 leagues around the globe. But recent weeks have produced captivating cricket, much drama and — for all the tactical micro analysis and talk of match-ups. Pakistan have been a clinical, composed and consistent force since shocking pre-tournament favourites India by 10 wickets. Pakistan are the only semifinalists to have named an unchanged XI throughout the tournament. Renowned for the unpredictable and unfathomable, Pakistan can become the first men’s T20 champions to finish a World Cup undefeated. Pakistan are looking to join West Indies as the only team to have lifted the trophy twice, having beaten Sri Lanka in the 2009 final at Lord’s. This will be Pakistan fifth appearance in the T20 World Cup semifinals. The 2009 champions have reached this stage in the first four editions (2007, 2009, 2010, and 2012). On the other hand, Australia have won five 50-over World Cup crowns, including three in a row, but still await a T20 world title in six attempts. Australia will be playing their fourth semifinal (2007, 2010, and 2012).

The two sides have met 23 times in T20I cricket, with Pakistan leading the head-to-head series 13-9. Pakistan and Australia last faced each other in T20Is in November 2019, Aussies won the three-match series 2-0.As far as the T20 World Cup is concerned, both sides have won three matches each. Australia won by 21 runs when both teams last faced each other in the 2016 edition.

Not much was expected of Australia coming into the competition, but with defending champions West Indies faltering badly, Aaron Finch’s men took advantage with a thumping victory in their final group game to edge out South Africa on net-run-rate and qualify for the final four. Though Australia have exceeded expectations but were utterly outclassed on the one occasion when they came up against genuinely world-class opposition in England. The Aussies have never won the tournament, losing to England in their only final appearance 11 years ago. Australia are the outliers, having crashed to seventh on the T20 charts after a depleted squad suffered series losses to West Indies and Bangladesh earlier this year. Having weathered what their coach Justin Langer termed a “sobering” loss to Australia are two wins away from landmark success. Australia’s first obstacle is an in-form Pakistan and the imposing frame of their batting coach Matthew Hayden, Langer’s close friend.

Hayden sees the partnership between skipper Babar, the leading run maker at the World Cup ahead of the semifinals with 264, and Rizwan as key. “They are very independent players with their own styles but that blend and mix make for the perfect combination. They are unique,” explained Hayden. “We will try to continue with the kind of consistency that we have shown in the tournament so far and hope to play good cricket in the semifinals,” said Babar who has four half-centuries in five innings. On facing Australia, Babar said: “You can’t take any team lightly in T20 cricket. You have to play good cricket on that day.”

Neither team have any significant injury concerns coming into the game, meaning both are likely to stick with the tried and tested. Pakistan’s top order have fired throughout the tournament, with Babar and Rizwan in sparkling form, while the likes of Shaheen Shah Afridi, Haris Rauf and Hasan Ali have all been among the wickets. Veteran batsmen Shoaib Malik, who hit an 18-ball 54 in his side’s last pool win over Scotland, and Mohammad Hafeez add experience to the batting order.Pakistan have got a finisher in Asif Ali who hit four sixes off Afghanistan bowler Karim Janat to get his team the required 25 runs in the penultimate over of their Super 12 clash.For Australia, opener David Warner has found some good form, while Adam Zampa is enjoying an excellent tournament with the ball.