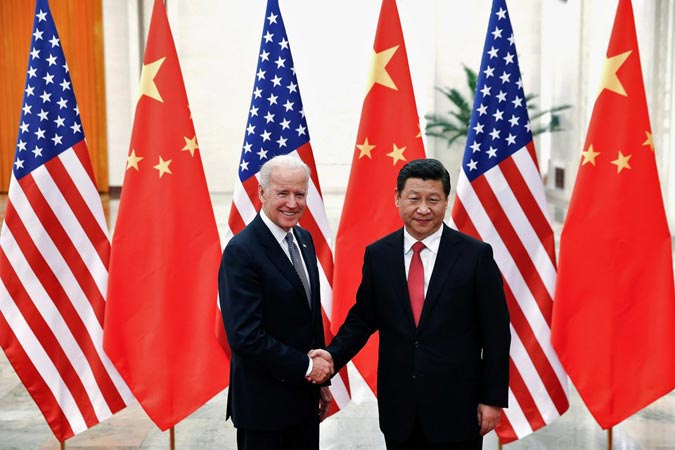 China is ready to manage differences with the United States, the country’s leader Xi Jinping said, ahead of a planned virtual meeting with US President Joe Biden.

The meeting, the first since Biden became President earlier this year, will be held as early as next week, a source familiar with its planning told CNN. However, specific details and a firm date have not been laid out. News of the meeting arrangement was first reported by Bloomberg.

It comes as Xi hinted at a slight warming of relations with the US, according to a statement published on the website of the Chinese embassy to the US on Tuesday.

In the letter, Xi said China is willing to “enhance exchanges and cooperation across the board” with the US and bring relations between the two world powers back on the right track. The letter was read by China’s ambassador to the US Qin Gang, at a dinner of the National Committee on US-China Relations in Washington on Tuesday.

US officials revealed last month that they had reached an agreement in principle with China to hold a virtual meeting between Biden and Xi before the end of the year, as part of an effort to ensure stability in one of the world’s most consequential and fraught relationships.

Victor Shih, an expert on elite Chinese politics at the University of California, San Diego, said the meeting is a positive development for bilateral relations. “I think the bilateral meeting next week is a preliminary sign that the relationship between the US and China is getting back on a more normal track — than (what) had been the case in the later Trump years,” Shih told CNN.

The meeting is also likely to motivate officials, especially on the Chinese side – from the Foreign Ministry to the Commerce ministry – to once again focus their energy on US-China relationship and think of ways to improve it, Shih added.

“They agreed to engage on both sets of issues openly and straightforwardly. This discussion, as President Biden made clear, was part of the United States’ ongoing effort to responsibly manage the competition between the United States and the People’s Republic of China,” the statement added.

A senior administration official described the tone of the call as “respectful” and “familiar and candid.”

The two leaders also spoke for two hours in February — their first phone call since Biden took office. “It was a good conversation, I know him well, we’ve spent a lot of time together over the years I was vice president. But, you know, if we don’t get moving, they’re going to eat our lunch,” Biden said at the time, outlining China’s efforts to invest in rail and other transportation.

Xi hasn’t left China in 21 months, following moves to tighten the country’s borders in response to the pandemic. He skipped the G20 summit in late October, as well as the COP26 climate conference in Scotland this month.

Biden initially hoped to meet Xi on the sidelines of the recent Group of 20 summit in Rome but the Chinese leader has not gone abroad since the start of the Covid-19 pandemic. Instead, US Secretary of State Antony Blinken met in Rome with Chinese Foreign Minister Wang Yi.