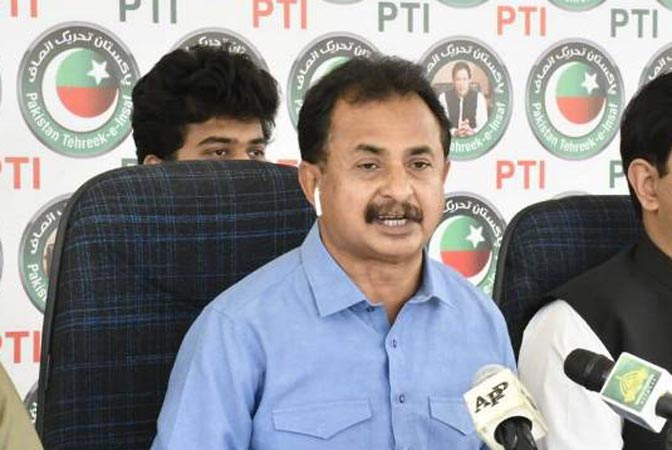 Leader of the Opposition in Sindh Assembly Haleem Adil Sheikh Wednesday raised concern over the deteriorating situation of human rights in the province, particularly incidents of women murder and impeding delivery of justice to the victims.

He questioned the role of police and other investigation agencies which were supporting the aggressor by extending unlawful favour to criminals instead of playing their due role for delivering justice to the victims, said a news release issued here.

Haleem Adil Sheikh, who is also Central Vice President of PTI, wrote a letter to Prime Minister Imran Khan in context of recent incident of brutal murder of a woman Fehmida Sial in Qambar district of Shahdadkot allegedly by an influential politician and the prejudiced role of district police chief, Senior Superintendent of Police Sumair Noor Channa.

The local police served personal interests of the influential family that wanted to usurp houses and land of poor Sial family, first by abducting Ghulam Sarwar Sial and two others members of the affected family.

Meanwhile, another member of the affected family was abducted and tortured by the assassin in the presence of police while politically influenced and partial role of the Senior Superintendent of Police (SSP) Qambar Shahdadkot was evident by registration of a weak FIR without inclusion of Anti-Terrorism Act provisions, he added.

Haleem requested the prime minister to initiate an appropriate departmental action against the involved police officers.

He also took notice of life threats to Bakhtawar Soomro, a student of IBA University Sukkur, who posted on the social media a video accusing IBA administration of corruption, highhandedness and repressive attitude towards students.

Bakhtawar Soomro, later through an application addressed to the leader of the opposition, complained that she was being intimidated for exposing illegal and unethical practices in the IBA and she was being extended life threats by the IBA administration, influential political persons of the area and local police officials.

Sheikh also wrote a letter to DG Federal Investigation Agency to conduct a free and fair investigation into the issue for ensuring justice to Bakhtawar Soomro.