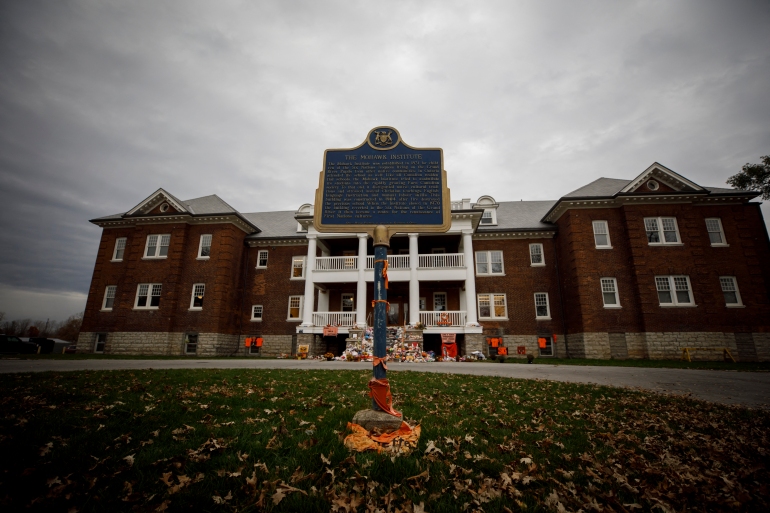 A search began for more unmarked graves of students at one of Canada’s oldest and longest-running former indigenous residential schools, near Toronto.

The search at the former Mohawk Institute Residential School site in Brantford, Ontario is one of the dozens that are ongoing or planned across Canada following the gruesome discoveries of more than 1,200 unmarked graves at former schools in British Columbia and Saskatchewan earlier this year.

A truth and reconciliation commission documented abuses at the schools and the deaths of more than 4,000 students mostly from malnutrition, disease, and suicide — in a 2015 report calling it “cultural genocide.”

“We’re here to officially announce the first step to bring our children home,” Chief Mark Hill of the Six Nations of the Grand River told a news conference.

Following months of planning, which included police training of local tribe members to use ground-penetrating radar to scan some 500 acres at the site, he said, “We have finally made it to this day where we are ready to begin the search.”

“Survivors have been telling us for years the stories of what happened to them in the so-called schools. This investigation and the important work that comes with it is for survivors and is led by survivors,” he said.

“For many, this day has been long-awaited, but also brings with it a stark reminder of the atrocities that were committed against our people in these institutions.”

The search and analysis of the results could take up to two years.

The Brantford school in 1885 became part of a network of 139 residential schools opened across Canada. An estimated 90 to 200 students were enrolled in it each year before it closed in 1970.

In total, some 150,000 Indian, Metis, and Inuit children were enrolled from the late 1800s to the 1990s in these residential schools, set up to forcibly assimilate the country’s indigenous peoples.

Spending months or years isolated from their families, many students were physically and sexually abused by headmasters and teachers who stripped them of their culture and language.