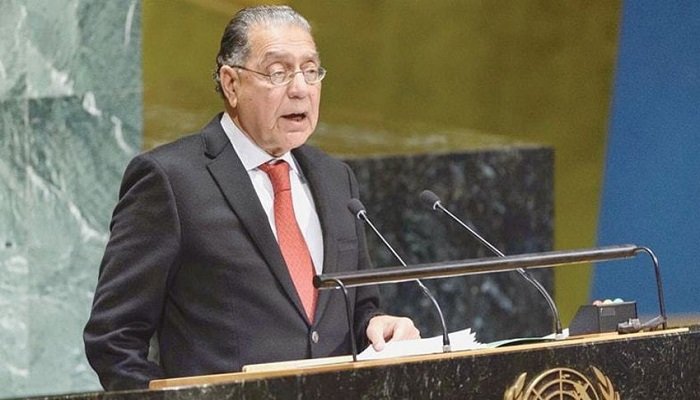 “Years of conflict, the Covid pandemic and drought have combined to create a major humanitarian crisis in Afghanistan, which is being compounded by the constraints placed on financial and economic support to the country,” the Pakistani envoy wrote on Twitter on Tuesday.

With a harsh winter on its way, the latest IPC (the Integrated Food Security Phase Classification) assessment, a global standard for assessing food insecurity, found 22.8 million people could face acute risk, while 8.7 million face emergency levels of hunger – a record in the ten years the UN has been conducting IPC analyses in the country.

“The Afghan people need massive and unconditional humanitarian assistance from the international community to avoid a major human catastrophe,” the Pakistani envoy said.

“Financial liquidity must be provided to Afghanistan, including by releasing its frozen assets, to prevent its economic collapse and the destitution of its suffering people.

“Politics must not deny the right to life of the Afghan people.”