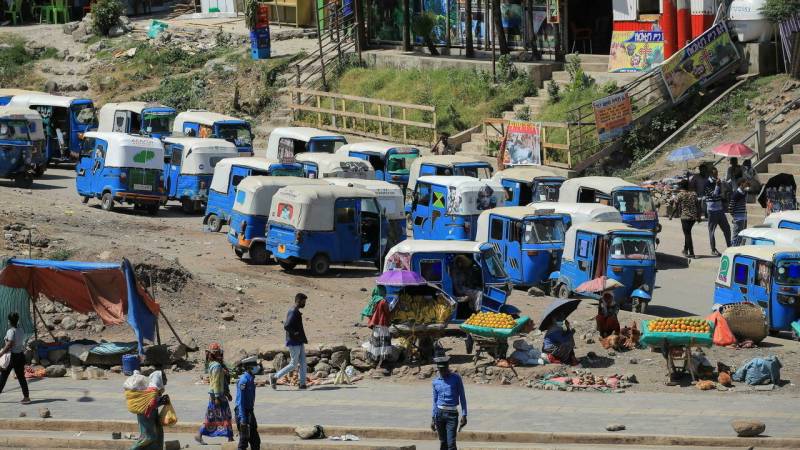 The detentions in Addis Ababa followed the declaration of a six-month nationwide state of emergency last week after Tigrayan and Oromo rebels claimed major advances on the ground, raising fears of a march on the capital.

Some UN staff members were taken from their homes, humanitarian sources said, shortly after a senior UN envoy visited Tigray to plead for more aid to civilians.

“We are of course actively working with the government of Ethiopia to secure their immediate release,” Dujarric said.

“There has been, as far as I know, no explanation given to us on why these staff members are detained.”

Lawyers say arbitrary detentions of ethnic Tigrayans commonplace during the war have spiked in the last week, ensnaring thousands, with the new measures allowing the authorities to hold anyone suspected of supporting “terrorist groups” without a warrant.

The war, which has ravaged northern Ethiopia since November 2020, has been punctuated by accounts of massacres and mass rapes, with thousands of people killed and two million displaced.

In a report Wednesday, Amnesty International said 16 women in the Amhara town of Nifas Mewcha said they had been raped by rebels during an offensive in August.

A joint investigation by the office of UN rights chief Michelle Bachelet and the Ethiopian Human Rights Commission published last week found evidence of “serious abuses” by all sides in the conflict, saying some of the violations may amount to crimes against humanity.

Tensions between the Ethiopian government and the UN have been high throughout the war.

In September, Ethiopia’s foreign ministry announced it was expelling seven senior UN officials for “meddling” in the country’s affairs.

Former Nigerian president Olusegun Obasanjo has been leading mediation efforts for the African Union. He met with Jeffrey Feltman, a US envoy who is in Addis Ababa.

Briefing the AU’s 15-member security body on Monday, Obasanjo expressed optimism that progress was in the offing.

“All these leaders here in Addis Ababa and in the north agree individually that the differences opposing them are political and require political solution through dialogue,” he said in a copy of his statement seen by AFP.

“This, therefore, constitutes a window of opportunity that we can collectively tap.”

Price, the US spokesman, said Tuesday that the United States believes the window of opportunity “does exist and continues to exist”.

The TPLF and its allies, the Oromo Liberation Army (OLA), have claimed several victories in recent weeks, taking towns about 400 kilometres (250 miles) from the capital, and they have not ruled out marching on Addis Ababa.

The government says the rebels are greatly exaggerating their gains but has ordered the capital to prepare to defend itself.

Much of the conflict-affected zone is under a communications blackout and access for journalists is restricted, making battlefield claims difficult to verify.

Nevertheless, a number of countries have urged their citizens to leave Ethiopia while commercial flights are still available.

Prime Minister Abiy Ahmed sent troops into Tigray in November 2020 to topple the TPLF, the former regional ruling party that dominated national politics before Abiy took over in 2018.

Winner of the 2019 Nobel Peace Prize, Abiy promised a swift victory but by June the TPLF had retaken most of Tigray before expanding into the neighbouring regions of Amhara and Afar.