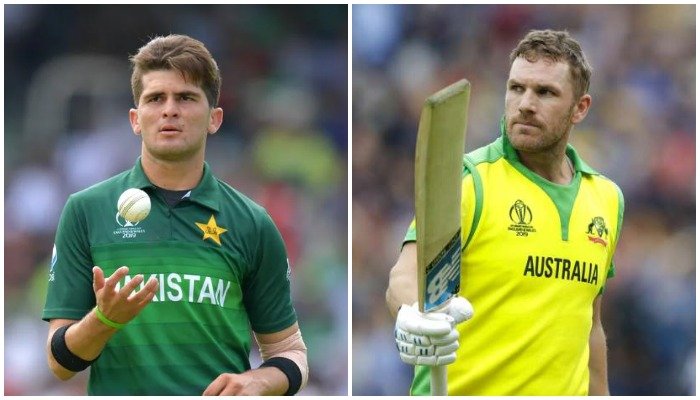 The Aussies have depended on blazing starts by swashbuckling opener David Warner and Finch to get past opponents in the Super 12 stage.

But Shaheen stands in Australia’s way with his ability to pick early wickets rattling opposition teams as Pakistan moved into the semi-finals unbeaten with five wins.

“Shaheen has been in really good form for Pakistan. Yeah, so that’s going to be a crucial battle no doubt,” Finch told reporters ahead of the knockout tie in Dubai on Thursday.

Australia will look to master Shaheen in the key stage of the opening six overs when the powerplay is in operation with only two fielders allowed outside the inner circle.

“I think what we’ve seen over the course of the tournament is how important the powerplay is for batting and bowling,” added the Australian captain.

“I think the stats around the middle overs and the death overs are pretty similar throughout, but the powerplay definitely holds the key.”

Shaheen has claimed six wickets in five games after he set the tournament ablaze with his opening spell of 2-19 following his wickets of Indian openers Rohit Sharma and KL Rahul.

The tall left-arm quick has troubled Australia in four meetings with eight wickets and a best of 3-37.

He dismissed both Finch and Glenn Maxwell in his first outing against the Aussies in July 2018 in a tri-series in Harare.

But facing him would be an in-form Warner who has scored 187 runs including two half-centuries and has been key to Australia’s entry into the final four.

Finch, who has had knocks of 37, 44 and 40, praised Pakistan’s powerplay blitz with bat and ball but refused to get into the debate of favourites and underdogs for this knockout game.

“Pakistan have played brilliant cricket. I think the way that they’ve gone in the powerplay with the bat and ball has been really crucial to their success,” said Finch.

Toss and dew have played a big part across the three venues in the United Arab Emirates but Dubai in particular favouring teams chasing a target.

Ten out 11 matches have been won by the team batting second, but Finch played down the importance of the toss in the knockout game.

“I think when it comes to finals it doesn’t make too much of a difference to be honest,” said Finch.

“I believe getting runs on the board, especially in a final, can be really beneficial. We’ve talked about it. We’re confident that we can win if we happen to bat first or second.”