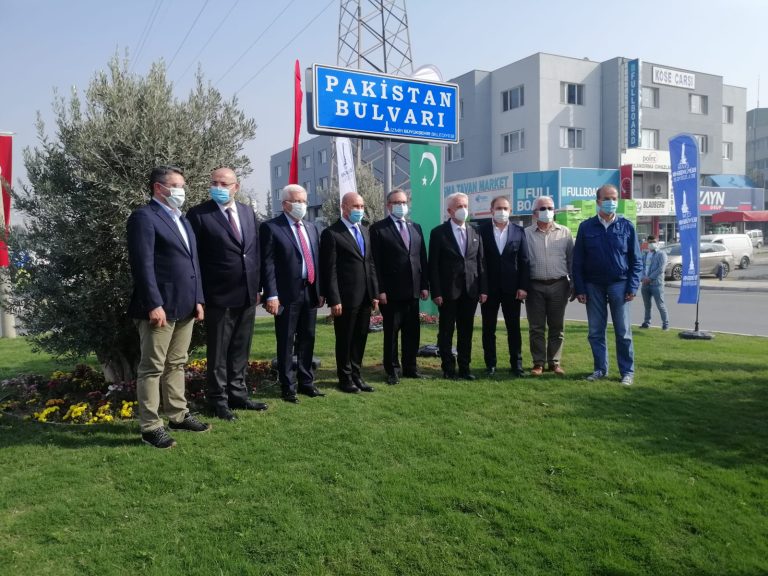 ANKARA: On Tuesday, ‘Pakistan Boulevard’ was inaugurated in Izmir by Mayor Tunc Soyer.

Pakistan Boulevard is a 1.5 km long street located in the heart of the business and financial district of Izmir.

Moreover, Ambassador Syrus Sajjad Qazi also visited Pakistan Pavilion in Izmir. Pakistan Pavilion is located in Kulturpark Izmir, where Turkey’s First International Fair was organized. It was originally built in 1938 and has been renovated as the Izmir Tourism Office and an Exhibition Center.

In a meeting with Tunç Soyer, Mayor of Izmir, the Ambassador thanked the Izmir Municipality and the people of Izmir for these warm gestures, which would further strengthen people-to-people contacts and boost cultural cooperation between Pakistan and Turkey.

Both dignitaries discussed additional opportunities in the area of public diplomacy. The people of Pakistan and Turkey enjoy close ties grounded firmly in a common cultural and linguistic heritage. 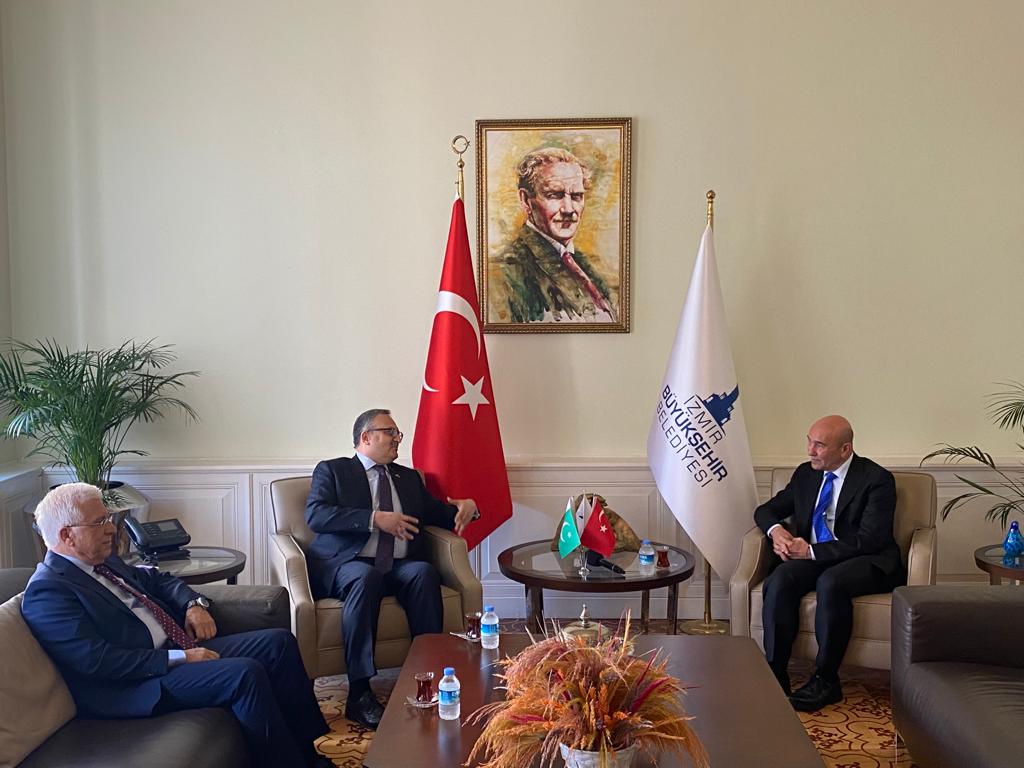