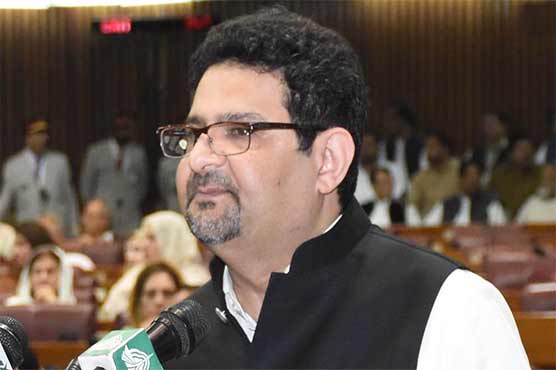 On Wednesday, former Finance Minister Miftah Ismail said that Prime Minister Imran Khan is responsible for the heavy inflation across the country, adding that the PTI government has increased the difficulties of poor people who are already living from hand to mouth.

“The price of sugar has gone up by Rs25 in the last two to three days,” he said. Ismail blamed that Punjab Chief Minister Usman Buzdar had sugar exported for Rs40/kg and bringing it back to the country at an inflated cost of Rs60/kg.

He further rejected the government’s perspective that prices of petroleum and food products are on the rise worldwide, saying that Pakistan had bought LNG at expensive rates.

He asserted that the government, instead of focusing its efforts on curbing the rising inflation, is busy stopping the stories from getting published.

Miftah Ismail said the PML-N government had left the country with a debt of Rs25,000bn while currently, it had ballooned to Rs40,000bn.

Earlier on Sunday, PM Imran Khan took to Twitter and said that Pakistan had comparatively managed “much better” than other countries amid an unprecedented price hike of commodities caused by COVID-19 lockdowns.

The premier had written that an unprecedented rise in commodity prices internationally had adversely affected most countries in the world as a result of the COVID-19 lockdowns.

The prime minister had also shared a video clip of Finance Ministry Spokesperson Muzammil Aslam who rubbished the notions of Pakistan’s dwindling economy.

Quoting data by the Food and Agriculture Organisation, he said that from September to October this year, food prices increased by 1.9%, World Cereal Index by 3.2%, edible oil prices by 9.6%, and dairy products by 2.6%.

However, he said that despite the worldwide inflation trend, Pakistan’s exports recorded an increase of 17% in October and are likely to touch the $30 billion mark this year. Textile exports are expected to reach $22 billion this year, he said.

He had said that due to increasing income, tax collection also surged with a 32% increase in four months, resulting in the government receiving an additional Rs151 billion compared to last year.

Imran Khan pointed out to the government’s timely measures, the non-oil imports of the country were reduced by 12.5% last month making a difference of $750 million.