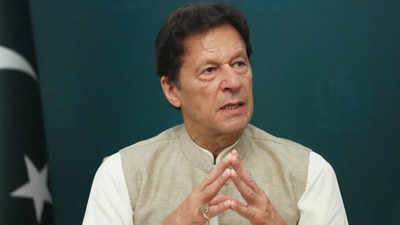 Chief Justice Gulzar Ahmed is heading a three-member bench to hear the case. The apex court summoned the prime minister today to appear before the bench when the hearing resumes at 11:30 am, in his capacity.

Earlier, during the previous hearing of the case, parents of the children martyred in the 2014 terrorist attack had demanded the court that the top civil and military leadership of the country should be summoned by the Supreme Court and cases registered against them.

The parents had also urged the apex court to conduct a transparent inquiry into the incident. The court had asked Attorney General Khalid Jawed Khan to review the situation and take necessary steps–whether it be an investigation or filing cases against those responsible– and brief the court.

The court further asked the attorney general for an update, who responded by saying that FIRs cannot be lodged against the top leadership.

In response, the bench angrily told the government’s lawyer that the incident had happened as a result of a “security lapse” which the government should accept, adding that the top civil and military leaders of the time should have known about the attack.

The chief justice then remarked that Pakistan’s agencies and institutions claim to have access to all kinds of information but when it comes to the security of the people “our security agencies fail”.

The CJP also inquired about the registration of the case against the former army chief and other officials. To this, the AGP told the court that the fact-finding report did not hold them responsible.

“We have such a huge intelligence network; billions of rupees are spent on it. We also claim to be the best intelligence agency in the world.

Justice Ijaz ul Ahsan said the APS massacre had taken place in response to Operation Zarb-e-Azb, adding that state institutions should have taken effective steps against it.

On the other hand, the attorney general had sought further time for the prime minister to appear before the court. However, the bench expressed anger at his request and said the parents of the victims of the APS massacre are also in court.

Meanwhile, during the hearing, the issue of the government holding talks with the banned TTP was also discussed.

Justice Qazi Amin remarked that there are reports that the government is holding negotiations with a group and added, “Is it not the responsibility of the state to identify the real culprits [behind the APS tragedy] and nab them.”

He observed that action should have been taken against those at the top but low-level personnel were punished while people at the top enjoyed benefits.

Justice Aijaz, another member of the bench, remarked that it was not possible that the terrorists didn’t get inside support. However, the Supreme Court adjourned the hearing till 11:30 and summoned the prime minister.