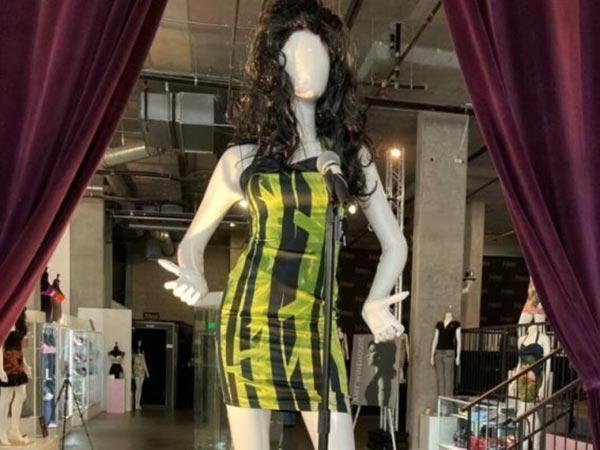 She was slim and petite, had long legs and fit into the snuggest clothes. A beehive hairdo and thick eyeliner were her trademarks. Amy Winehouse sealed her spot in pop history with her soulful vocals and hits like “Rehab” and “Back to Black.”

Her meteoric rise and its pressures, however, took their toll – she became addicted to alcohol and drugs and suffered from bulimia.

Her brand of retro-soul inspired many singers including Duffy and Adele, while her iconic fashion sense saw her become a muse for fashion designers like Jean Paul Gaultier. On November 7, 2021, more than 800 of her personal effects were sold by Julien’s Auctions in Los Angeles, which specializes in the estates of deceased stars.

Consisting of dresses, bras, DVDs, books and makeup, the highlight of the auction was the halter neck green and black bamboo print dress that she wore at her final live concert in Belgrade in 2011.

Having not been onstage for two years, the European tour, which brought her to Belgrade on that fateful June 18, 2011, was supposed to have marked her grand comeback. She looked fantastic when she got onstage. But she was completely drunk and slurring, and was booed offstage by the audience. After this disastrous appearance, the singer cancelled all further concerts. 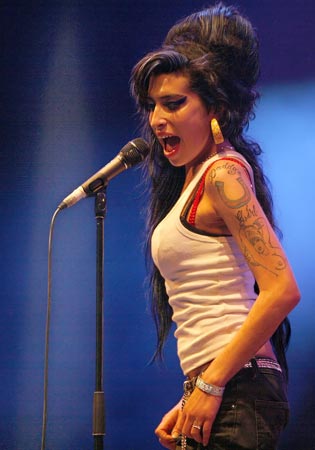 A month later, Winehouse was dead.

Designed by stylist Naomi Parry, that infamous bamboo-print number sold on Sunday for $243,200 – 16 times its estimated value. Proceeds to aid youth with addictions Auction manager Martin Nolan told the AFP news agency that planning the sale had not been easy.

“It’s very difficult to do an auction when you’re working with the parents of a deceased child in the process. It was a very sensitive subject, and it took a long time for the parents to decide to let go,” he said. The items were previously owned by the singer’s parents, Mitch and Janis.

The total value of all the items was expected to fetch up to $2 million. But the amount raised has exceeded all expectations.

A bidder paid more than $25,000 for the turquoise bra that Winehouse wore in the music video for “You Know I’m No Good.”

A gold minidress from Dolce & Gabbana that had been estimated to fetch $7,000 went under the hammer for $150,000. A red leather heart-shaped Moschino bag Winehouse carried to the 2007 Brit Awards – at which she scooped both the British female solo artist and British album awards – fetched $204,800, 13 times its pre-auction estimate. She carried this bag while wearing a bright yellow dress, similar to what her wax avatar has on at Madame Tussauds in London.

Among other dresses at the auction was a strapless cherry red basque dress by Karen Millen. Winehouse wore it in 2004 at the Park Lane Hotel in London when the shortlist for that year’s Brit Awards was announced, as well as it in the music video for “Take the Box.” Besides designer clothes and accessories, many of her personal items were also up for bidding, including a birthday card sent by Adele. Estimated to sell at around $200-400, it netted $3,200 instead. The proceeds of the two-day auction at Julien’s will go to the Amy Winehouse Foundation, which supports teenagers and young adults with addiction problems.