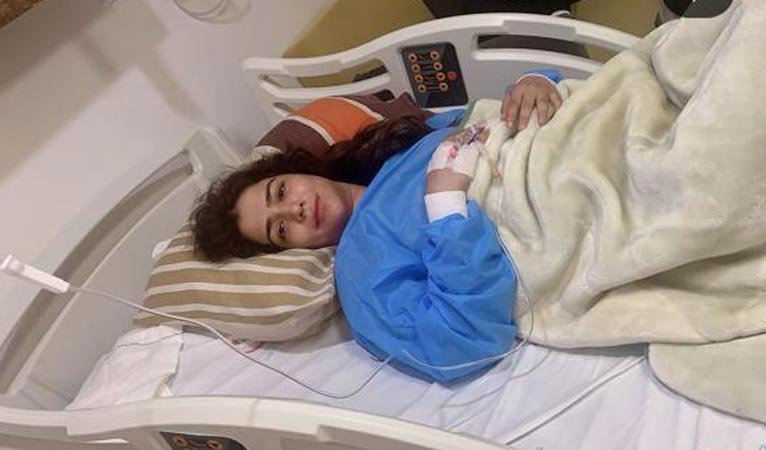 Renowned Pakistani film and drama actress Humaima Malick suffered an appendix rupture in Istanbul and appealed her fans to pray for her quick recovery.

According to details, the actress took it to her Instagram handle where she highlighted that God gave her a new life after successful appendix surgery.

Pakistani model shared several pictures on her social media account where she could be seen hospitalized, lying on the bed.

Offering immense gratitude of Almighty, Akbari Asghari actress requested her fans to remember her in prayers. She went on to say that the Creator of the world can end life in fraction of seconds whereas the humans take pride in useless matters.

In addition to this, Humaima Malik mentioned that she spent the last 22-hours in a hospital of Istanbul where she saw death very closely.

The Ishq Junoon Deewangi actress added that the evil eye can kill people. She urged her huge fan base to restrain from jealousy, envoy and negative thinking about others.