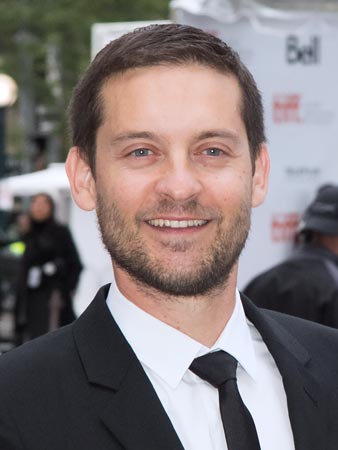 Actor Tobey Maguire has been in semi-retirement after he concluded his run as Spider-Man in 2007, presumably because playing the popular Marvel superhero in three films set him for life.

But it is strongly rumoured that the actor might return as the character in the upcoming Spider-Man: No Way Home, described by director Jon Watts in a recent interview as ambitious enough to be called ‘Spider-Man: Endgame’.

The film will reportedly have Tom Holland’s iteration of Spidey cross paths with Maguire and Andrew Garfield’s versions in a mind-bending adventure through the multiverse.

This would mark the first time since Sam Raimi’s Spider-Man 3 that Maguire will be seen in the role that made him a household name.

But did you know that there was a very real possibility of his tenure as the superhero being cut short after just one movie? In a reported bid to negotiate a heftier payday following the success of the first Spider-Man film, Maguire said that he had injured himself while filming Seabiscuit and needed time before he could resume filming the second movie. But Sony, which owns the rights to the character, didn’t fall for it. Instead, the studio reportedly hired Jake Gyllenhaal as his replacement.

According to a 2003 Variety report, Maguire was unhappy about producer Laura Ziskin making more off the first Spider-Man movie than him – $30 million, as compared to the actor’s $4 million.

His team released the following statement after the two met with Raimi to discuss the future: “After doing two physically demanding films in a row, Tobey has experienced mild discomfort in his back which is in the final stages of healing.

With an April 12 start date around the corner, everyone involved wants to be certain he is able to do the intense stunts.”

But Sony called the bluff, and told him that they couldn’t afford to delay the second Spider-Man movie any longer, and made an offer to Gyllenhaal. The actor, who would go on to play the villainous Mysterio in Spider-Man: Far from Home, was reportedly dating Maguire’s co-star Kirsten Dunst at the time. Dunst, like Maguire, is reportedly returning as Mary Jane Watson in Holland’s third solo Spidey movie.

Maguire had no choice but to play ball. According to Variety, Maguire’s reps told the studio that he’d ‘behave himself’. He was made to undergo medical tests to prove his fitness, and in an interview with the Los Angeles Times admitted that the situation had come to a point where he had to “look these people in the face and say, ‘I’m really sorry.

I’m going to do whatever it takes.'”

But Maguire reportedly got what he wanted all along, and made a reported $17 million for Spider-Man 2, widely considered to be one of the best superhero movies of all time.

During Far from Home’s promotions, a Yahoo reporter asked Gyllenhaal about the stories of him being offered the role of Spider-Man, to which he replied, “I heard the same thing. The truth of the matter is, in the end, Spider-Man. There are so many roles in my career where I was up against another actor, or there was something happened that possibly could’ve happened but didn’t happen but maybe it would have. Eventually my belief is when an actor’s played a character, particularly in a movie, the character’s theirs, and that’s that. But yeah there was talk, he hurt himself and there was talk. There was a slew of actors and I was one of them.”

The entire incident was recreated in a story-arc on the HBO series Entourage, about an up-and-coming movie star and his trials and tribulations in Hollywood. The fictional movie in question was Aquaman 2, directed by James Cameron, and the replacement actor was none other than Gyllenhaal.