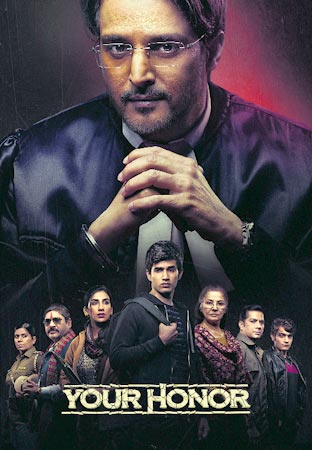 Your Honor, starring Jimmy Sheirgill in the lead role, is back with its second season and it seems like Judge Bhishan Khosla will have to fight against everyone to save his son once again.

The teaser for the second season is out, and it appears to be taking the first season’s story forward.

Gulshan Grover, Zeishan Quadri and Mahie Gill join the cast this season. SonyLIV tweeted the teaser with the caption, “He will take on the world to save his world.”

Jimmy Sheirgill earlier spoke about digital content to indianexpress.com and said, “I think the digital medium is coming up in a big way, but it will take a little more time, as whenever something new comes up, people first corrupt, then disrupt before finally knowing how it works. Initially, with no censor, a lot of masala content was made purely with skin show and abuses. However, now people have understood that all that’s important is the story.”

Your Honor premiered in 2020 on Sony LIV to decent reviews. Indianexpress.com’s Arushi Jain wrote, “Writer Ishan Trivedi has built the narrative like puzzle boxes: the more you get closer, the more you are hooked.

He has mashed-up the police procedural, the darkness of a criminal world and a father’s love for his son, and has created a twisted web of suspicion. You choose your hero and villain from the very first scene, still with every episode, you might get confused which is which and who to root for.”